The Archers set in Marvel Universe

CHARACTERS in radio soap The Archers have been revealed to inhabit the same reality as Spider-Man and the Human Torch.

A leaked script has revealed that the sleepy village of Ambridge is to be disrupted by the arrival of Reed Richards, better known as Mister Fantastic, leader of the Fantastic Four.

Richards will open Ambridge’s first organic patisserie, catching the eye of Shula but causing a rift between Emma and Ed.

He will also be called upon to defend the village from the evil schemes of Dr. Doom, with assistance from the Invisible Woman, the Silver Surfer and Joe Grundy.

Scriptwriter Stephen Malley said: “It’s always been obvious to us that the Archer family coexists with the X-Men and the Agents of S.H.I.E.L.D.

“Maybe it’s never been spelled out explicitly, but careful listeners will have worked out by now that Derek Fletcher is a vampiric mutant and Peggy Woolley can fly.”

Other future storylines will see Kenton Archer and the Hulk clash over Kenton’s unruly wisteria, and Ambridge missing out on the title of Britain’s Best-Kept Village after Tony ‘Iron Man’ Stark deflects a cruise missile into the rectory garden.

Archers fan Eleanor Shaw said: “Everyone I know will be horrified. We’d always assumed it took place in the D.C. universe.” 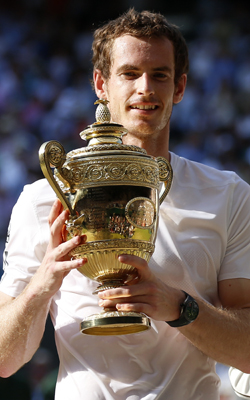 BRITAIN’S agonising year-long wait for a native tennis player to win at Wimbledon looks set to stretch into July.

The drought, which has lasted since Andy Murray won back in the mists of last year, has sparked a crisis at the sport’s grass roots.

Tennis coach Nathan Muir said: “We host the most prestigious tennis tournament in the world, but we haven’t been able to find a player who can win it in almost 12 months.

Every year, Wimbledon rolls around and every year, with the slight exception of last year, the British players crash out in the first round.

Did all those whose hope died on Henman Hill see it die for nothing? Where are the Andy Murrays of 2014?

The wait for a British winner immediately follows the previous 77-year wait after the 1936 triumph of laurel wreath-wearing Fred Perry over a perspiring and furious Adolf Hitler.

Brit Virginia Wade did win a title in 1977, but it is widely considered not to count because she was a woman.

Murray himself said: “Id give anything to end British tennis fans’ endless wait to see one of their own triumph on Centre Court.

“Even my most treasured possession, the Wimbledon title I won last year.