Barbecue size is biggest cause of male anxiety

MEN are increasingly worried that their barbecue is smaller than average, it has emerged.

The Institute for Studies found that 79 per cent of men believed the small dimensions of their barbecue made it impossible for them to satisfy guests.

36-year-old Tom Booker said: “I always felt comfortable about my modest trolley-style charcoal barbecue, which I considered to be of ample height and girth.

“It could accommodate twelve sausages and four burgers simultaneously, which nobody had ever complained about. That was until last weekend, when my line manager Stephen invited us to experience his six burner gas monster.

“Frankly a lot of the width comes from the wooden shelves flanking the grill but it’s still impressively large. In fact my wife made a comment about how it wouldn’t even fit in our garden.”

However sales analyst Roy Hobbs said he used to feel like a freak because of his eight-burner machine with commercial grade rotisserie and double-skinned steel hood.

“I felt it was embarrassingly large and wished I had something smaller. But over time people stopped making snide remarks and started to appreciate its efficiency in large group catering situations.”

GCHQ using Twitter to ask if anyone’s planning any terrorism 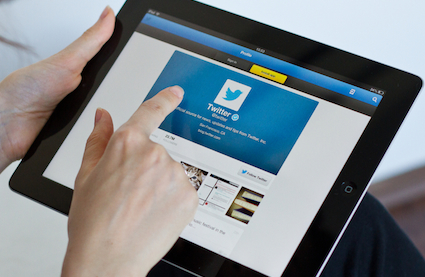 THE UK’s intelligence agency is using Twitter to ask if anyone has any terrorist stuff going on this weekend.

GCHQ hopes to uncover terrorist cells using its unlimited power over Twitter, Facebook and Google+, though obviously it does not bother with Google+.

A source said: “Like every other business, we believe social media to be incredibly important but have no idea why, so we’ve hired people who sound like they know what they’re taking about.

“Each day they post a quirky video and ask who fancies a bit of jihad against the West, or they do a ‘followfriday’ full of radical Islamic preachers and see who takes the bait.

The source said GCHQ tests whether terror suspects are still active by posting a holiday photo on Facebook and then waiting for a death threat.