TWO men have sharply rebuked each other for enjoying a sexist joke by raising their hands above their heads and slapping palms.

Tom Booker told the joke at the pub to his friend Martin Bishop. The joke involved a woman, a gymnastics horse and a punchline that included the word ‘feminazi’.

Booker said: “The second I told the joke, I felt so guilty that I immediately held my hand up to be hit, because I deserved to be punished.

“Mike is pretty woke, so I knew he’d definitely oblige, and he did – enthusiastically.”

Bishop said: “I was really shocked by Tom’s insensitive and offensive joke. I don’t like violence, but I definitely felt that hitting his hand was justified on this occasion.

“I even made sure to do it high in the air in front of everyone, to really humiliate him.

“It hurt me a bit, too, but it was just a timely reminder that misogyny hurts everyone.” 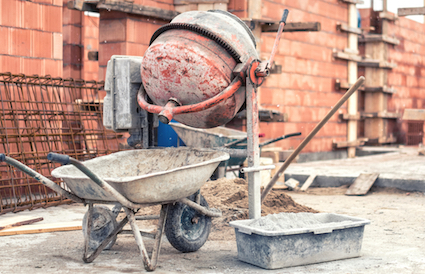 THE directors of Carillion are half-inching as much gear as they can from the company’s abandoned projects, it has emerged.

The directors have been sneaking onto building sites in the early hours and helping themselves to wheelbarrows, cement mixers and Thermos flasks that were accidentally left behind by sub-contractors.

The gear is then loaded into a V-reg Transit they stole from a pub car park in Derby last Sunday night.

It is understood they are selling the equipment to a dodgy bastard in Luton who pays them in cash which is then deposited with a particularly helpful bank before ‘going on holiday’ to the Cayman Islands.

A source said: “These guys are proper PFI geezers. They would not be able to live with themselves if they knew there was something worth more than five quid that they hadn’t nicked.”

The source added: “They don’t like to get their hands too dirty, so they’ve got this big fucker called Lee from Doncaster to do all the heavy lifting.

“He’s actually not a bad lad and will almost certainly be the only one who gets caught.”