A GROUP of London media types are having an absolute nightmare in a rural pub, it has been revealed.

According to patrons of The Black Swan, near Hereford, the out-of-town foursome looked petrified upon entering the establishment and spent the following hour sitting in the corner, whispering to each other.

Local farm worker Johnny Davies said: “They’re a funny little bunch. They keep taking pictures of the place on the sly and talking about how their tweets from ‘the heart of Brexitland’ are going to go viral.

“I smiled at one of the lads and he looked like he was going to cry. I might not have all my teeth but I’ve at least got manners.”

The four, who are on a British ‘staycation’ from their converted office block in East London, briefly mooted the idea of a game of darts, but could not muster the courage to ask the barmaid for them.

One of the group, digital marketing manager Martin Bishop, said: “I’ve never been so terrified in all my life. And I’ve bungee jumped on three different continents.”

Tall people unveil plan to stand right at the front 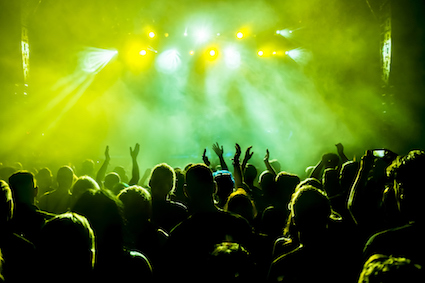 PEOPLE of above-average height have declared their intention to stand in the very front row at all times.

Emphasising that they cannot enjoy a gig unless they are eye-level with the drummer, the lanky twats announced that being taller than everyone else meant they should be right up against the barrier.

Tom Booker, who is six feet two inches, said: “It is our intention to stride to the front of the crowd, sweeping past the shrimpy little shortarses in our way.

“When the gig begins, I and my fellow giants will be sure to shift position every few moments, to ensure none of the halfpints behind us can see anything, because that’s what they deserve for being short.

Fellow beanpole Wayne Hayes said: “I plan to casually jostle my way to the front with my tall friends.

“Once there, we’ll probably just ignore the gig and have a massively loud conversation instead, while spilling our beer on the heads of the little people.”