ED Miliband has ordered a digital calculator watch in a bid to reassure Britain he can steer it through economic turmoil. The Labour leader said the purchase would help win over swing voters who cannot bring themselves to acknowledge the existence of shadow chancellor Ed Balls.

Mr Miliband added: “The Casio Men’s Twincept Databank Calculator Watch will demonstrate that the economy is always on my mind. As well as my wrist.

“Check this out – square root of 169. Oh yes.  And I can do live currency conversions, as long as I know what the current values are.

He added: “If I was running the country it would be like that the whole time.”

A source said: “Ed Balls still thinks we didn’t rack up a record breaking deficit in the two years leading up to the financial crisis. Probably because he doesn’t have a calculator watch.”

Mr Miliband added: “I can use it to write ‘gobble’.”

Gypsies ‘love stupid, pointless shit just like rest of us’ 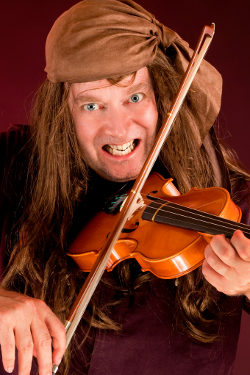 A NEW television series has been hailed for portraying gypsies as being just as shallow, materialistic and celebrity-obsessed as mainstream society. This is a traditional Romany song about home cinema systems

Travellers’ rights campaigners and people who live in houses have praised Channel 4’s My Big Fat Gypsy Wedding for showing that traveller culture, rather than being alien or threatening, is mostly about showing off and having more stuff than your neighbours.

Company director and former rabid gypsy-hater, Tom Logan, said: “I’d always loathed and feared travelling people as noisy, sorcerous vagabonds who’d steal your breath if they thought it could be ‘weighed in’ at the local scrapyard for its residual lead content.

“But I see now that they share my belief in conspicuous consumption and spending large amounts of money on flashy, pointless geegaws as a way of being impressive.

“Although I prefer to waste my cash on luxury consumer electronics and golf clubs rather than a robot wedding dress the size of a village.”

Office worker and mother-of-two Nikki Hollis said: “I thought travellers lived in unsanitary wooden cars, did voodoo and let their kids fight each other with dead badgers.

“But I’ve now learned that little gypsy girls dress in sexually provocative clothing and get most of their aspirations from MTV, just like my own children.”

Logan added: “I suppose I’ll have to find someone else to victimise now and it will most likely be homos.”