Osborne to reconsider being torn to shreds

CHANCELLOR George Osborne will rethink an April fuel price rise after acknowledging its effects on his ability to live.

His advisers presented him with research detailing the anticipated revenue gained from a 1p per litre rise as well as the number of trees bits of him would be scattered amongst.

Osborne said: “I’m beginning to think a fuel hike would be like holding up a bank then applying for an overdraft.

“There’s certain sections of the electorate you want to avoid pissing off and the lorry-driving section that tends to provide a disproportionate number of the country’s murder suspects is one of them.”

A spokesman for Unite said: “We appreciate these are difficult times and changes in government revenue streams have to be looked at but the old joke about a full tank of petrol doubling the value of a Skoda is now true for Audis.

“It’s the chancellor’s job to make difficult decisions but he must acknowledge how much more difficult it would be while stuffed into a piece of rolled-up carpet in a lay-by.”

He added: “My only concern is that such a move would be massively unpopular with Conservative backbenchers.” 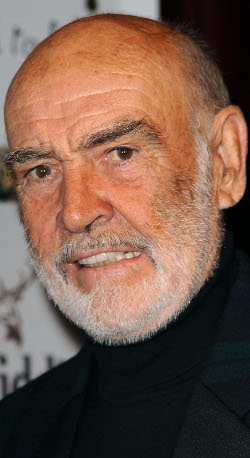 NELSON Mandela is to resign from being himself to make way for Morgan Freeman.

Sources close to the increasingly frail former South African president say he is no longer able to handle the day-to-day rigours of being him and it was now time to hand over to his constitutional successor.

Freeman has been Deputy Nelson Mandela since 1996 and has filled-in for the legendary ANC leader at Hollywood parties and celebrity golf tournaments.

Julian Cook, professor of comparative Nelson Mandelas at Roehampton University, said: “Nelson Mandela has done the difficult bit of being Nelson Mandela. Prison, defeating apartheid, running South Africa and having to spend all that time with Bono and Geldof.

“The role of future Nelson Mandelas will focus on having their picture taken with some schoolchildren who have made a portrait of them, hugging whoever is currently Annie Lennox and, of course, the twice weekly phone calls from Oprah Winfrey.”

Denzel Washington is likely to become Freeman’s deputy though some pundits insist Samuel L Jackson would make a fantastic next Nelson Mandela but one.

Professor Cook added: “Morgan Freeman is still young enough to do the job for 10, maybe 15 years. That will give Denzel Washington time to get his face all crinkly.

“Don’t get me wrong, a Samuel L Jackson Mandelacy would be exciting, but ultimately I don’t think he’d be able to stop himself from saying ‘motherfucker’ and that’s just not very Mandelential.

“In terms of who’ll be Nelson Mandela after Denzel Washington, there’s Dennis Haysbert, Lenny Henry, Martin Freeman or Forest Whitaker, who of course is seen very much as the Guardian reader’s Nelson Mandela.

“But I suspect Will Smith will eventually want a crack at it after which the Nelson Mandelacy will simply be passed down through his descendants.”

Following retirement the current Nelson Mandela is expected to move into a luxury hotel suite in Johannesburg and change his name to Brian Stephenson.