A 64-YEAR-OLD drinking her way through retirement has informed millennials that the reason they are not doing better is because of their poor social skills.

Francesca Johnson, who has a final salary pension and rental income from a second home, told a bartender that he just needs to learn to get on with people.

She said: “They do all these unpaid internships and wonder why they’re not getting jobs. Well, it’s because they’re not friendly enough!

“If they were then the boss would invite them into his office, say ‘I like you, and I want you to work for me,’ give them a cigar and a starting salary of 50 grand or so, done.

“When a young girl pushes past me at the gym, I think it’s no wonder she can’t get a house and won’t ever be able to retire. It’s because she’s got no manners.”

Barman Tom Logan said: “It’s great advice. When I go to my day job tomorrow, because I can’t survive on just one job, I’ll try taking an interest in the boss’s day, like she suggested.

“Then I’ll be dismissed from my zero-hours contract for wasting time when I should be picking orders.”

Mum and Dad only getting into bloody country & western 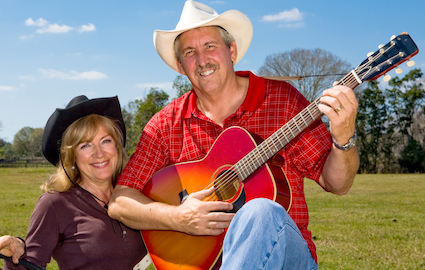 A COUPLE in their 50s are throwing themselves into the local country & western scene with sodding cowboy hats and everything, it has emerged.

Roy and Sandra Hobbs are causing distress to their children with their newfound devotion to line-dancing, Hank Williams, and wearing hand-tooled red leather cowboy boots in Asda.

Son Tim said: “I can’t get in Dad’s car without hearing something like On The Mountain Trail To Your Lonesome Heart. Some of them have got fucking yodelling in.

“Then last time they came downstairs dressed up for their line-dancing night. Mum was a gender-swapped Woody from Toy Story and Dad looked like Boss Hogg after he’d really let himself go.

“Even worse, they’ve started wearing this shit in everyday life. My mate Ben saw Dad in the post office and Dad said ‘Howdy, pardner.’ Ben didn’t think it was a joke.”

“Last night she said how nice it would be to live in a cabin ‘on the prarie’. I remided her she won’t put the washing out if next door’s cocker spaniel’s in the garden. Fuck knows how she thinks she’d cope with a bear.”