Most Men Wishing They Were A 15 Year-Old Schoolgirl

MILLIONS of British men last night admitted they would give anything to be a 15 year-old pupil at an all-girls private school.

As slim, blonde teacher Helen Goddard was jailed for having an affair with one of her students, men across Britain said the teenager was the luckiest junior lesbian in the world.

Tom Logan, from Finsbury Park, said: "That young lady has, perhaps unwittingly, been living my dream.

"There is absolutely nothing I would not give to be a curious teenager at an upmarket school surrounded by other girls who are all discovering their sexuality while under the supervision of a lithe, sexy music teacher who specialises in jazz.

"I would keep forging a new birth certificate so that I never had to leave."

Julian Cook, from Hatfield, added: "They are going to make a film out of this and it is going to be fantastic."

Meanwhile experts said Goddard could now add her name to one of the longest lists in Britain.

Professor Henry Brubaker, of the Institute for Studies, said: "We estimate that Ms Goddard is at least the 34 millionth person in Britain to have had sexual relations with a consenting 15 year-old.

"Unfortunately for her she is a schoolteacher and is therefore not allowed to think the same thoughts as normal people. But the really sad thing is, she is being jailed for having lesbian sex, which everyone knows isn't even proper sex."

Nathan Muir, a 34 year-old accountant from Peterborough, said: "Yes indeed, my name is on that list, as are the names of all my friends, most of the people in my office and just about everyone I was at school with."

He added: "Perhaps it was irresponsible of me to have sex with a 15 year-old girl but I've just always had this thing for older women." 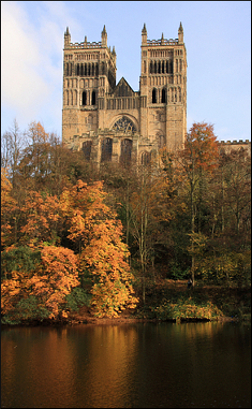 THE Great North Run enjoyed its most successful year so far yesterday as record numbers of competitors managed to escape from Tyneside.

More than 50,000 made their way from the Tyne Bridge to the A1 as quickly as possible, with organisers claiming as many as 40 had reached Durham before nightfall.

Race founder Brendan Foster said: "There are few more awe-inspring sights in the world of international distance running than seeing thousands of dedicated people who would obviously rather die than spend another 10 seconds in Newcastle city centre."

The event, now in its 28th year, originated as a half marathon when two dozen students ran 13 miles in a desperate bid to evade a pack of drug-addled, unemployed youths after accidentally wandering into the city's Benwell housing estate.

It has since grown in popularity with many athletes claiming Newcastle's unremitting ghastliness gives them the ideal motivation to set record times.

Kenyan Martin Lel, who got furthest from the city in a time of four hours and 28 minutes, said: "When the starting pistol went off, about two dozen spectators pulled out their own guns and returned fire.

"After that it was the usual terrifying blur of hellish teeth and blotchy, mis-spelled tattoos."

The runners were cheered on by up to 30,000 local people, many of whom said they would have joined in if they thought it would not have disqualified them from incapacity benefit.

But despite the Great North Run being the biggest event of its kind in the world, physical exercise still remains the 127th most popular activity in Tyneside, coming in just behind 'laminating an otter'.