THE abolition of tax discs has left drivers without physical evidence of paying something that cyclists don’t.

Thousands of motorists cherished the windscreen adornment as visual proof that roads belong to four-wheeled transport.

Norman Steele of Norwich said: My tax disc has always been a source of pride in my dealings with ‘pedallers’.

“What will I point at now when showing cyclists I am perfectly justified in knocking them into a hedge?

“I would need to actually stop, wind down the window and show them a printout of my bank statement, underlining the payment to the DVLA with my finger.”

He added: “Yes, pedants say that road tax per se hasn’t existed since 1937, it’s actually Vehicle Excise Duty and is based on engine size. But this is a free country and Britons are not prisoners of facts.”

Salesman Nathan Muir said: “Old Taxey Bill, as I call him, has always been there in my peripheral vision, rain or shine.

White van driver Bill McKay said: I wont be removing the tax disc from my car. Even if it did expire in October 2008 and my vehicle is kept strategically parked round the back of the local rugby club.”

Humans left with no-one to impress 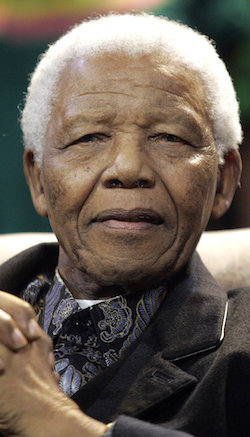 THE death of Nelson Mandela has left humanity without a single individual that you would genuinely not want to disappoint.

But as the world mourned a lovely old man who didnt take any shit from racists, everyone realised there was no longer any reason to raise their game.

Tom Logan, from Peterborough, said: Nelson Mandela was my last hope for self-improvement.

I had to factor in the possibility that one day I might meet him and could therefore not allow myself to become irredeemably awful.

Martin Bishop, from Hatfield, added: I met someone who met him once and actually had a fleeting desire to try and impress them.

And they were not even remotely impressive, so thats powerful stuff.

Meanwhile, Jane Thompson, from Stevenage, said: Its like my lovely old grandpa who fought in the war has died – again.

The key difference being that grandpa had not forgiven anyone, never mind the Germans.

But Professor Henry Brubaker, of the Institute for Studies, said: You dont own Nelson Mandela. He was not your conscience. He was just a guy, doing his thing.

Scared the shit out of the racists though, eh?