CANNABIS should be legalised for Tories who are frightened of the gayness, MPs have claimed.

The House of Commons home affairs select committee said the drug would help dozens of right-wing backbenchers refocus their minds on the concept of love.

In a report the committee said: “It’s very easy for people to get lost in the fog of their own bigotry. Cannabis will guide them home like a massive horn.”

The move was backed by scientists and doctors who said the chances of cannabis making someone even more frightened of homosexual intercourse were very small.

Professor Henry Brubaker, director of the Institute for Studies, said: “After just a few minutes you realise that all sex between consenting adults is something to be cherished. You may not feel that gay sex is for you, but you’re incredibly pleased for those who love it.

“And within moments it occurs to you just how utterly fantastic it would be if those people could celebrate their love in exactly the same way as everyone else.

“And then you want to be invited to every single gay wedding on the planet. And then you start thinking about what you would wear. And then you suddenly realise that the wedding ‘theme’ should be ‘The Bourne Identity’.”

But anti-gay marriage Tory MP, Sir Denys Finch-Hatton, said: “I tried cannabis once before. It led me to proposition a young fireman called Geoff. He turned me down. I’m not going through that again.”

Patrick Moore probably going to be remembered as an astrologer 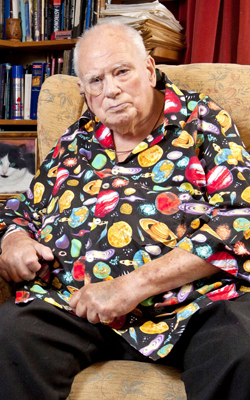 STARGAZER Patrick Moore will be remembered an astrologer, because a lot of people are not very bright.

The noted astronomer passed away at the weekend, and is survived by a cat that is trained to attack Germans.

However in millions of people’s minds ‘astrology’ and ‘astronomy’ are interchangeable, meaning that Moore will be commemorated for his contribution to something he despised.

Teacher Nikki Hollis said: “If it hadn’t been for Moore’s tireless devotion to astrology, we wouldn’t have Jonathan Cainer, Russell Grant and Mystic Meg.

“He really was a remarkable mystic. Apparently his house was full of crystals and he wore a magenta kaftan.”

36-year-old Roy Hobbs said: “Patrick Moore must have spent his final days being really freaked out because he would have foretold his own death from the position of various stars in relation to each other. Apparently he was a Pisces.”

Hobbs added: “Of course, besides being an amazing astrologer Moore must be remembered for his seminal work on the Channel 4 series Gamesmaster.

“As well as launching the career of Dominik Dimaond, that show made computer games accessible to kids who would otherwise have believed Mario Kart to be the preserve of a stuffy intellectual elite.”