A NEW exam system is destined for greatness after both Nick Clegg and Michael Gove agreed it was a good idea.

Relieved parents said that replacing GCSEs with something Michael Gove thought of and Nick Clegg approved of guaranteed a solid gold future for billions of English children.

The plan, unveiled today by the self-styled deputy prime minister and the Education Dobby, involves dividing the current GCSE into two and then continuing to divide by two until every pupil in the country is sitting a tailor-made exam with their name on it.

Mr Gove explained: “A child called ‘Derek’ will therefore receive a ‘Derek-Level’ or a ‘General Certificate of Derekness.

“Derek may even go on to attain a Derek* as long as his name is not Derek Starr. That would unfair on the other Dereks.”

The Dobby said that in order to keep the system competitive key changes would be made to the curriculum each year including reverse arithmetic, where children are taught to count down from infinity, and translating great works of literature into Munchkin.

Mr Clegg added: “I agree with everything Michael has said, except I would have used a girl’s name.

“Although there could of course be some girls called Derek and to them I humbly apologise.

“I’m Nick Clegg and I endorse this education system.”

Internet 'will be full by Friday' 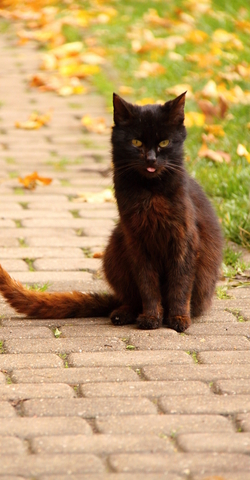 THE world will run out of cyberspace by the end of the week, it has emerged.

Once the limit is reached, it will be impossible to upload any new content. Technologists have blamed the perfect storm of an iPhone launch, a new Doctor Who episode and a royal scandal with tits in it for a barrage of unsolicited opinions that has pushed the internet to 99.94% of capacity.

Web analyst Stephen Malley said: The web is like the big cardboard box in your loft – bulging at the seams with X Files episodes and useless products – except it’s not in your house, it’s in the air.

“When it bursts, the crap will come spraying out randomly in all directions, projecting breasts and cats onto any vaguely screen-like surface.”

The public is being asked to think carefully before adding to the world wide web.

Stephen Malley said: Does Facebook need another blurry photo of you dancing with your drunken friends?  Is your comment on that Daily Mail article really going to add to the sum of human knowledge?”

“We’re hoping to free up additional room by deleting MySpace. We got rid of half of it six months ago, and no one noticed. ”

The British government is considering internet rationing, with users limited to three ‘Likes’ and two ‘LOLs’ per day. ‘LMFAOs’ will be banned for being too wordy.

Restrictions on pornography are already in place, with new films permitted only if they cater for new fetishes.