A FATHER is feeling inadequate after his bastard next-door neighbour built a far superior snowman.

Tom Logan was proud of the snowman he built with the help of his two small children until looking over the fence at his neighbour’s snowman, which was three feet taller and had the perfect smile.

Logan said: “Shit. I knew I shouldn’t have let the kids get involved.

“You can see what he’s done. Everyone thought he was being community-minded clearing snow from the road at 6am, but instead he was building a stockpile. Clever. Damn clever.

“Then he’s built the body over the recycling crate, giving himself a height advantage, and I’m pretty sure he’s used a clothes prop as an internal armature.

“But how did he get such fantastic sticks and who has actual coal around? Bastard.”

Neighbour Julian Cook said: “I collected the left arm in May and the right one in October, both sourced from naturally fallen New Forest birch, and the coal I got off the internet. You’ve got to prepare.

“No you can’t go and play outside. You might break it.”

Calls for May to resign after Freddos go up to 30p 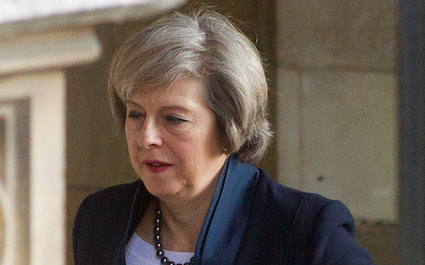 CONSERVATIVE MPs are calling for Theresa May to resign after the price of a Freddo was raised to 30p despite manifesto promises.

David Cameron won the 2015 election with five pledges, the third of which was that Freddos would remain below 30p for the duration of at least two parliaments, a pledge Theresa May claims she is not bound by.

Backbencher Julian Cook said: “It is less than two years since those promises were made to the British people. Since David Cameron promised that the price of Freddos would not change before 2025 and, I quote, ‘I hope not within my lifetime’.

“Ed Miliband’s refusal to make the same guarantee, and the moment in the TV debates when he did not know Yorkies had been cut to five chunks, were for most commentators the reason he lost.

“We cannot lie to Britain on the issues that really matter. I call for May to do the decent thing and offer her resignation.”

A Downing Street insider said: “May’s trying to plot a course through this, but deep down she knows it’s resign or revolution.”