NORTHERNERS may soon be living in tunnels while those in the south grow to nine feet tall and float around, it was claimed last night.

As it emerged that your chances of surviving serious illness vary considerably depending on whether you inhabit the ‘golden cities’ of the south or the coal-stinking catacombs of the north, there was speculation that Britain was inevitably evolving towards something HG Wells might have come up with, with perhaps a hint of Total Recall thrown in.

Professor Henry Brubaker of the Institute for Studies said: “With its vast inequalities, random brutality and pseudo-chicken ‘bucket meals’, Britain is definitely turning into something from a depressing science fiction paperback. Which is dreadful but perhaps also slightly exciting if you like that type of thing.

“Personally I imagine a near future where people in the South are nine feet tall and slender with flowing golden locks, floating around on cloud-like robot pouffes, quaffing delicate musical truffles and organic, artisan orgasm pills. A massive steel fence will split the country somewhere near Derby, and everyone north of that will live in caves, emerging only to fight to the death with sticks over a months-old pie crust.

“The savage northern tribes will evolve into massively powerful albinos called ‘trollochs’, jump the fence and kill everyone in the south, serving them right.

“What will really happen is that massive food shortages will make it necessary to grind up everyone from Newcastle into edible beer-scented triangles called ‘Soylent Broon’.

“The Southerners will be vaguely aware that they are cannibalising their fellows, but will be too busy dancing to an ironic Coldcut tribute act at the Big Chill 2145 to care.

“And there will be dinosaurs in Wales and Geordie Shore will still be on.”

Murdoch to show MPs footage of themselves sleeping 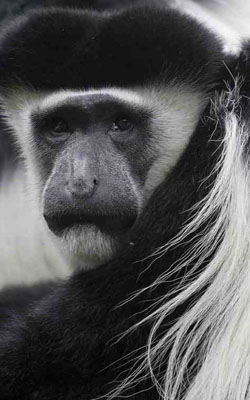 RUPERT Murdoch will tell the Commons Culture Committee later today that he could kill them all by merely wishing it into being.

The Media Magnate Who Must Not Be Named has agreed to answer MPs questions from atop his 800-foot anthracite Tower Of Eternal Sorrow before listing what colour toothbrush each of the committee members uses to remind them that he sees all.

Committee chairman John Whittingdale said “I looked in my diary this morning and there was a note in Mr Murdoch’s handwriting advising me to drive carefully to work. When I got to my car he was lying on the back seat like a desiccated version of the polar bear from the Bird’s Eye adverts, asking when I’d last had the brakes checked.

“‘Absolutely fucking shitscared’ barely even begins to cover how I’m feeling right now. It’s like if the council of Elrond in Lord Of The Rings had been convened in the middle of Mordor with half a dozen Balrogs and a 100-foot flaming eye in attendance.”

Whittingdale did not confirm what questions Murdoch will be asked, but it’s predicted that they will include whether he knew about the extent of illegal activities at NOTW, what bearing he feels this has on his BSkyB merger bid and the whereabouts of the Whittingdale family’s Labrador.

The scope of the committee’s powers is not yet entirely clear, but they’re expected to exert their full force against News International and Murdoch, which will cause him to laugh derisively before dismissively waving his hand and turning them into crumbling heaps of ash.

Murdoch said “As an American citizen and, more importantly, as the most terrifyingly powerful being you will ever encounter, I’m not obliged to attend the hearing.

“But it will offer me some passing amusement to hear them question my will before I command Rebekah to release her horde of rabid flying monkeys and I walk calmly away from the ensuing bloodbath, flanked by beautiful women.”