EARTH’S spiraling human population will soon make it impossible to get even five minutes’ peace, it has been claimed.

The number of homo sapiens hit seven billion yesterday following the birth of a baby boy who will probably, as soon as he’s big enough, be turning up at your house while you’re watching an interesting documentary, wanting to borrow a corkscrew.

Professor Henry Brubaker of the Institute for Studies said: “Increasingly, there will be people absolutely everywhere and they are not going to leave you alone for five fucking minutes.

“You can try ignoring their calls but it won’t make any difference, they’ll email you or send you a message via Facebook asking if you’ve seen some fucking television programme and would you like to talk about it.

“Or – as bizarre as this may sound – they will actually come to your house.

“Not answering the door will be completely futile as they’ll just clamber in through the windows to ‘see what you’re up to’.”

He added: “Imagine if even the tiniest fraction of that seven billion invites you to a tedious but unavoidable social function. You will have no time to yourself, ever.

“Should this population trend continue, it will be will impossible to ever finish the book you’re reading. Your house will be full of bored strangers too useless to figure out what to do with themselves, just looking at you hopefully.

“Make some sandwiches, get in your shed and lock the door.”

Saudi throne could pass to fat, elderly misogynist who thinks it's 1342 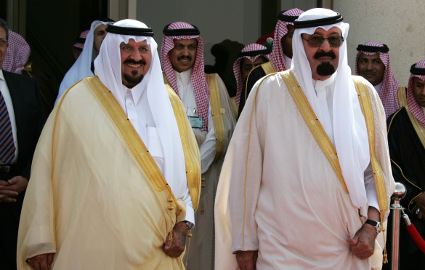 ARAB Spring means next Crown Prince could believe he’s living in the 14th Century rather than the 10th or 12th, say experts.