England demands its own word for 'schadenfreude' 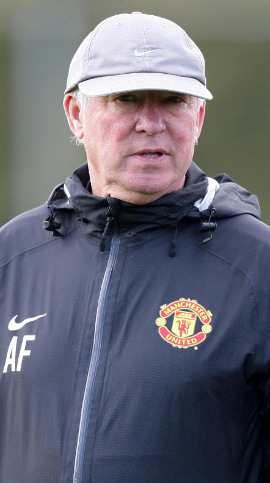 AMID unprecedented levels of schadenfreude, England said it is now time it had its own word for it.

As teams people hate lost badly, fans have agreed to come together and devise a proper English term that captures the sheer intensity of malicious sporting glee.

Yesterday’s festival of fuckyoument began mid-morning when France was beaten in a rugby world cup final that England had no hope of reaching and climaxed when millions experienced the dirty thrill of cheering on Joey Barton.

Sportologist Wayne Hayes said: “When Chris Foy started waving his yellow card at the Chelsea players like a Manchester United fan trying to hail a cab outside Old Trafford, I really did fear I was going to wank myself unconscious.”

Experts at the Institute for Studies have produced a seismic timeline after measuring yesterday’s events with their schadenfreudometer.

0900: France try to out-stare the New Zealand haka but just look like 15 veal calves staring at a stun gun. Everyone giggles a bit.

1030: New Zealand somehow manage to choke in the final of a major tournament yet again but still beat France. Commemorative garments are ordered.

1353: Manchester United concede a goal to a man unable to not burn his own house down.

1432: Jonny Evans. The English Defence League releases a statement announcing its immediate disbanding, claiming that a country where stuff like this happens can’t be too bad after all.

1514: Dzeko scores a goal by mistake. Millions see Alex Ferguson chewing gum so furiously he appears to be beating it up in his mouth. Mobile phone networks go into meltdown with people texting ‘Aaaaaaaaah!’ to everybody in their contacts list.

1610: Chelsea’s David Luiz concedes a penalty after acting like a pensioner trying to get to the front of a bus queue. England holds its sides and asks the television to please stop.

1707: England get another one-day hammering from India, but the nation barely notices as John Terry is currently looking like a little boy who’s just had his PS3 confiscated by a massive, lesbian gym teacher.

1745: With seven Chelsea players booked and two sent off, QPR manage to beat them with a squad costing roughly the same as Fernando Torres’ smallest eye lash.

1800: Oxford English Dictionary confirms spent, gleeful nation must now have its own word for what has just happened.