COLONEL Gaddafi may have been killed by a bullet that entered a part of his body, the new Libyan government has confirmed.

The National Transitional Council said the dictator was dragged from a big pipe and then some stuff happened but, hey, he’s dead so let’s all move on and talk about freedom.

A spokesman said: “Oh, I don’t know, there was a lot of shouting. Someone, or something, may have been shot, possibly in the head. Or maybe in his tyrannical midriff, like the bastard son of a bitch he was. And then a van drew up.

“Somebody, or something, was then put in, you know… the van.

“Oh sure, they may have accidentally dropped it, or him, in the process – all-out civil war can lead to having very sweaty hands – and then he, or it, may, or may not, have been dragged, for a very short period of time, while they tried to get it, or him, into the back of said van.

“Then, because the roads are a bit bumpy, what with the all-out civil war and everything, the jiggling of the van made him, or it, die.

“Okay so, anyway, freedom’s really brilliant, isn’t it? We’re the same as you now. Aren’t we?”

But the United Nations and the governments who helped him, or it, die, stressed they would like a bit more detail just so they could be absolutely certain that Libya was not still completely out of its mind.

A Downing Street spokesman said: “Oh, I’m sure it will all be just fine. Freedom’s really brilliant isn’t it?

Meanwhile, former prime minister Tony Blair has urged the new Libyan regime to release Gaddafi’s body and arrange a funeral as soon as possible as he has a lunch with Goldman Sachs next week and he needs to finalise his diary. 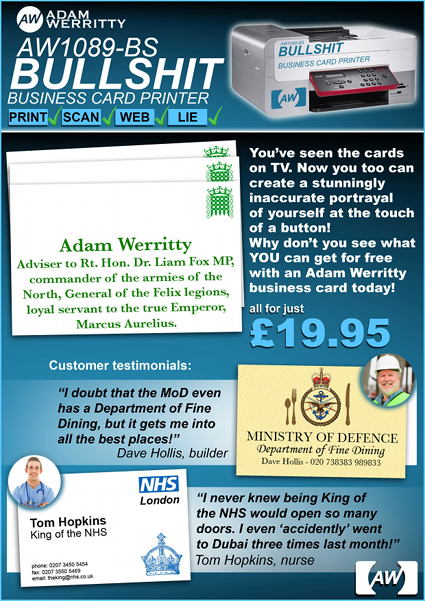