THE design of the new £50 note will replace the first governor of the Bank of England with Pippa Middleton’s buttocks, it has been announced.

Ministers hope that the quasi-royal arse design will boost the economy by causing the easily-impressed UK population to become more diligent in their efforts to acquire the paper tokens.

A spokesman for the Bank of England said: “The economic forecast for the immediate future of the UK is bleak at best.

“Putting the undisputed favourite image of 2011 before the UK’s legion of enamoured Pippa – or Pipsie as I affectionately call her –  followers on the 50 will provide immediate growth in all areas.

“And limitless potential for dubious double entendres like that.”

Shopkeeper Tom Logan said: “Every time I am handed a ￡50 note I will have an excuse to hold an image of Pippa – or Pipple, as I affectionately call her – Middleton’s shapely posterior up to the light and stare at it very hard before pronouncing it genuine.

“I won’t even mind if someone uses one just to buy some 20p crisps.”

Parents braced for ill-fated days out 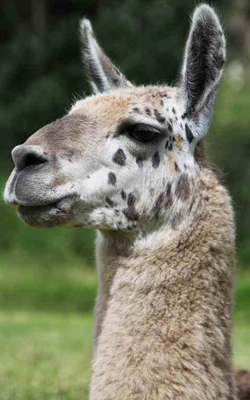 WITH half term looming, Britain’s parents are steeling themselves for day trips that inevitably will end with at least one child weeping uncontrollably.

Wildlife sanctuaries, theme parks and heartbreakingly sad ‘farm parks’ are the top destinations for doomed family outings, according to research by the Institute for Studies.

Parent Nikki Hollis said: “I’m taking my children and two of their most hyperactive friends to a desperately sad former working farm recently converted, on a budget of 58p, into ‘Llamaville Adventure Land’.

“The day out will of course be curtailed by a tearful disagreement over who has the strawberry lolly, or some similar fucking thing.

She continued: “Hopefully we will at least get a chance to look at the llamas standing forlornly in the rain, touch a mummified duck’s wing in the visitor centre and buy a llama-shaped pencil sharpener before the tears start.

Mother-of-two Emma Bradford has prepared a trip to a falconry centre: “Basically I’m driving for three hours with two children and a husband to visit a medium-security bird prison staffed by alcoholic former stage actors dressed as Tudor noblemen.

“Clearly there’s a limit to how good this can be, but I just pray I don’t end up shouting ‘I’m never taking you anywhere again until you’re at least 32’ at my ill-behaved offspring, while strangers stare at me and mutter darkly about Childline.

“It’s about fifty fifty I reckon.”