Ofcom to clamp down on cowboy graffiti artists

INDEPENDENT regulator Ofcom has outlined plans to protect the public from the work of cowboy graffiti artists after record complaints about the standard of British vandalism.

Under the new regulations, work carried out on ‘tags’, ‘pieces’ and ‘throw-up’s’ must be completed properly in two or more vibrant colours and contain a word which must be vaguely legible.

The measures will also ensure that all messages written in toilets offering bespoke sexual favours are stamped as ‘genuine’ or ‘fake’ by a mobile certification unit.

Newsagent Stephen Malley, described his experience of cowboy defilement: “We’d heard that a tagging crew were active in the area so we fitted a pull down shutter to the front of the shop, expecting some exciting ‘Wildstyle’ graffiti or at least an edgy stencil.

“What we actually got was a massive cock and balls scrawled in non permanent ink.  The cock had been rushed and was barely recognisable.  It’s a disgrace.”

An Ofcom spokesman said the economic downturn had caused a trend towards lackluster defacement.

He added: “Spray paints are expensive so the cowboys have been using cheaper alternatives like chalk or Silly String.

“I was at a train station where someone had done a ‘chad’ using men’s deodorant. If it wasn’t for the strong smell of Java I wouldn’t have noticed it at all.”

Persistent offenders have been warned they could be excluded from prized public areas and be forced to coat the stairwells of public car parks with urine and racial obscenity. 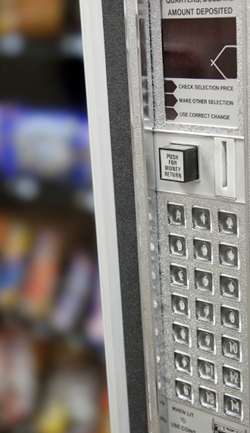 LIVERPOOL manager Kenny Dalglish has defended his decision to spend £8m on a bag of crisps and a can of Irn Bru.

He fought off bids from rival managers who were willing to pay up to £1.30 for the snacks and sees the purchase as a sign of Liverpool’s renewed ambition.

He continued to stuff cheques into the coin slot of the vending machine until an engineer was called.

Dalglish said: “You’ve got to understand that there’s always a premium for home-grown soft drinks like Irn Bru as they instinctively understand the British way of having lunch. And it’s a full sugar can so it’s got bags of energy.

“Combined with the crisps – limited edition Marmite flavour so we really had to loosen the purse strings – it’s going to go brilliantly with this corned beef roll that I picked up for £20m.

“It’s Fray Bentos corned beef so I’m expecting a bit of that South American flair with my dinner today. It’s the kind of meal that tells the Chelseas and the Uniteds that we mean exceptionally expensive business.”

Assistant Steve Clarke has angrily asked why nobody was monitoring Dalglish while the former Chelsea man was away in Italy being shown around the remains of Aquilani.

Clarke said: “I thought we had learned from January when he was allowed out for an hour to see what was in the John Lewis sale and he came back with a sofa shaped like Andy Carroll that we’ve no room for?”