Across Britain anxious parents are rummaging through their children's pockets and schoolbags terrified at the prospect of discovering several different kinds of marble.

Keith Page, a father of two from Sutton, said: "The bombshell came when I asked him which was his favourite and he said the kingy with yellow stripes, because it meant he had put at least three fingers up there.

"Naturally I was horrified that this innocent childhood toy could become an emblem of sordid sex practices, and made him explain in detail what act each of the marbles represented."

Keith has since formed Shocked Parents Against Sex Marble Outrage, and published a leaflet detailing the hidden sex marble code:

The ratings continue to escalate for the remaining 53 types of marble, right up to a Kingy Galaxy which represents an obscure and probably illegal act dating from 18th century Holland known as 'owling'.

However Sam Hughes, who is in the same form for maths as Keith Page's son, dismissed the claims, adding: "Mark Page talks bollocks and is blatantly a virgin. You don't have to be in the top set at rocket science to work out that someone with a massive, catalogued marble collection probably isn't nailing a lot of fanny."

Sun Readers To Vote For Football And Tits 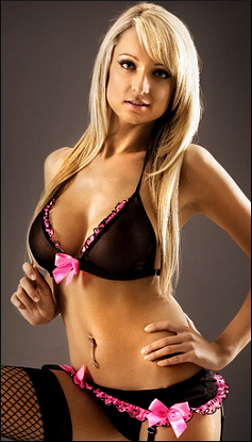 As Gordon Brown gave the speech of David Cameron's life, the Sun said it was backing the Tories after 12 years of aggressively right-wing editorials which bore no relation whatsoever to its support for the Labour Party.

But Roy Hobs, a Sun Reader from Peterborough, insisted his vote would not be swayed by a newspaper endorsement, adding: "My goodness, they do look incredibly bouncy today, don't they?"

Stephen Malley, a football enthusiast from Doncaster, added: "If they do not come up with a 72-page weekly supplement featuring re-enactments of every premier league goal using half naked tarts with massive charlies I probably won't even bother voting as usual."

And Nikki Hollis, a Sun reading female from Hatfield, said: "I likes the gossips and the telly and the lady what tells you how to make the problems stop. My horrorscope says I'll probably vote for the BNP."

Media analyst Tom Logan stressed it was a bold move by the Sun, adding: "They have clearly thought long and hard about the state of the country and now feel it is their patriotic duty to back the party that is obviously going to win anyway.

"If I was David Cameron I would seize this historic opportunity to tell Rupert Murdoch to piss up a rope, but he won't because, like all our political leaders, he really is a male prostitute who will do incredibly dirty things in a public toilet for five quid and a chocolate Hobnob."

At the Labour conference in Brighton Gordon Brown was given an emotional introduction by his wife Sarah before asking voters to give him the chance to destroy the world again.

Mrs Brown told delegates: "My husband is not a freak. Okay, he is a freak, but he's my freak. He's a bit noisy, a bit messy and he draws horribly disturbing pictures on the wall with crayons the colour of blood.

"But he still goes to bed every night thinking about all the people who have wronged him and how one day he will make those disturbing pictures come to life.

"I am really looking forward to spending a lot more time with him."