SIGHTINGS of small carnivorous cats, often with tabby or ginger fur, are on the increase, it was claimed last night.

Recent evidence includes a blurry photograph of a black-and-white coloured male cat, or ‘tom’, taken in a house, and a masticated vole carcass discovered near Swindon.

Cat experts believe that the creatures escaped from travelling sideshows in the early 1900s and have since formed breeding colonies.

Small cat expert Julian Cook, said: “Travellers would come through rural areas with makeshift circuses. They would have small big tops in which cats wearing waistcoats and trilbies would perform Vaudeville dance numbers with the help of wires attached to their paws.

“However the Queen passed a law known as the Cats Act, which made it illegal for anyone to own a cat without signing onerous forms. The travellers were unable to read or write and thus released their cats into the wild.”

Cat sightings continue to rise around the UK and attract passionate interest among the sort of people who arrive very early at car boot sales and subscribe to Combat magazine.

Tom Logan, a 33-year-old Brighton plumber, claims to have seen a white cat with a bit of black on it on his window sill.

“It was about the size of a small labrador puppy. It stared at me for about three minutes, bold as brass, before jumping silently off of the window ledge.

“The animal then did a little piss on my lawn before retreating towards a neighbouring house, where it disappeared through a small square hole with a sort of plastic flap that had been cut in their door.

“Naturally I rushed over to warn them. But they were out, so I left a note.”

He added: “Everyone says I’m mental, but I know what I saw.” 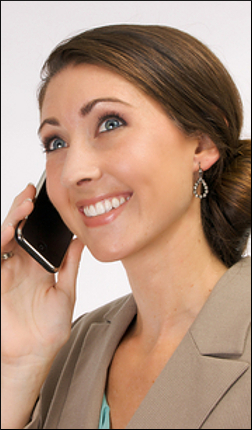 THE Apple TwatPhone has topped the list of items owned by twats, it has been confirmed.

Twat organisation Twat Brand Analysis polled its database of twats to discover which twat accessory was this year's ultimate in twat.

A spokesman said: "Aston Martin topped the twat poll for three years with twats who don't actually own one but, because they're twats, think it would be cool if they did. It is the very essence of twat.

"However, the recession has down-scaled aspirational twathood, making twats covet the sort of affordable gadgets that helps them constantly update and redefine the type of twat they want to be."

He added: "The TwatPhone enables them by being at the very twatting-edge of new twatology."

Other leading twat brands include Rolex, Dom Perignon and Ferrari, suggesting that many twats think they are living in a Jay Z video instead of a 12 year-old Barrat estate on the outskirts of Reading.

But the top 10 was once again dominated by twatology brands such as Nintendo, YouTube, BlackBerry and Bang & Olufsen, confirming that people who care about things like brands actually have few real friends and very little to do except sit at home in the dark watching the light flickering across a dozen sad little screens.

The TwatPhone was released in 2007 as the ultimate accessory for people who need a personal organiser and mp3 player that is also a camera, a games console and a really bad phone.

Hatfield-based twat Charlie Reeves, said: "I work in the claims department at Direct Line and live in a very small flat above a key-cutting shop.

"How else am I supposed to pretend that I'm really Tom Cruise in Minority Report? You tell me."