Children Should Be Raised In The 1950s, Say Experts

BRITISH children will be much healthier as soon as they start being raised in the 1950s, according to a new study.

The Institute for Child Health said modern child rearing had failed and called for all British children under the age of 16 to be sent back to 1953 where they could spend their days eating ripe Dorset peaches and running alongside steam trains.

The study found children are healthier if they are brought up by a mother who wears a starched white pinafore, knows how to bake a pie and organises tasty food parcels for our brave boys in Aden.

A spokesman said: “The early 1950s is now the optimum environment for successful child rearing thanks to an abundance of skipping ropes and fresh cabbage and the welcome absence of a certain Mr Cliff Richard.

“And of course, children can enjoy a healthy diet and a rigorous exercise programme secure in the knowledge that their mother will not be going out to work everyday like a common prostitute.”

He added: “If we hurry we can send them back just in time for the Coronation.”

Mrs Margaret Gerving, a mother of two speaking from 1953, backed the study, adding: “While I do not agree with the having of opinions I must admit to being puzzled as to how these women find the time to be typists and telephonists and what have you.

“After a full day of baking, roasting and boiling I have barely enough energy left to be taken roughly from behind by my darling Trevor.

“Now, enough of politics, who would like a nice piece of my raspberry tinkle?”

Notts County Backed By Creepy Conglomorate All Along 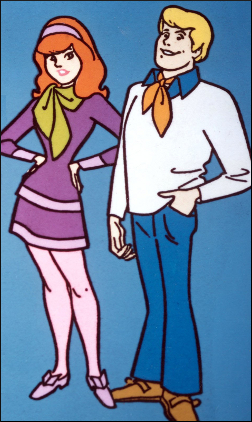 NOTTS County have admitted their mystery backer has been old man Qadbak Investments this whole time.

The FA's gang of teenage investigators has proved how millions of pounds were pumped into the club by embittered property investors who then tried to scare people away using fake ghosts, scary pirates and Sol Campbell.

One fan said: "The ground's haunted, I tells you. There's been 11 horrible monsters running around the pitch and terrifying people with their eerie moans and dreadful passing."

The gang arrived in Nottingham late on Saturday night in the Mystery Machine and immediately agreed to split up to look for clues such as glowing paint stains or traces of Arab in the boardroom.

Lead investigator Fred and his assistant Daphne were locked in the chairman's office for several hours with witnesses reporting a series of low, unearthly groans and a disembodied voice whispering 'I'm not doing that without some butter'.

Assistant investigator Shaggy said, 'Yoinks! Sol Campbell has like totally disappeared!' before eating a stack of 12 meat pies from the concession stand. His sidekick remained locked in the Mystery Machine as the County Ground only admits guide dogs.

The gang's accountant Velma Dinkley said: "We kept pulling at his hair until we eventually accepted that he really does look like that.

"I'll be filing my official report to the FA but my initial assessment of their financial position is 'Jinkies!'."