THE cost of keeping a car stationary in a single spot for 48 hours apparently exceeds the cost of flying across the sea and back, it has emerged.

Businessman Nathan Muir was surprised to discover the price of occupancy of a 8ft-by-16ft space for two days comfortably exceeded the price of return flights to Amsterdam, and found himself puzzled by the economics.

He said: “I’m not sure that mere occupancy of space can really compare, in terms of value for money, to what I still consider a scientific miracle.

“On the other, there’s a rectangle of tarmac behind a chain-link fence in a scrubby part of Cheshire being walked past by a disinterested security guard every six hours. And of course a Portakabin.

“I would definitely expect one to cost significantly more than the other. But it appears to be the wrong way round.”

Bill McKay, owner of Lavender Parking, said: “We’ll probably have to stick Mr Muir’s car by the side of a road on an industrial estate for the majority of its stay.

“Got to cut our overheads if we’re going to make any profit.”

Women are so moody, says man who tells them to smile all the time 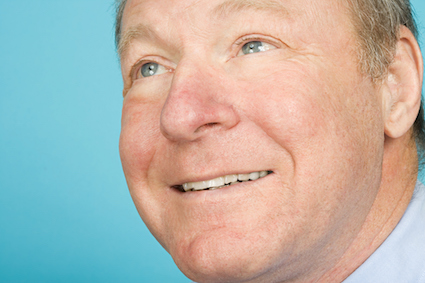 A MAN who constantly tells women to smile cannot work out why they are all so moody.

Mark Jones, 50, frequently leans out of his van to encourage women to ‘cheer up’ or ‘give us a smile’ but has been met with non-stop negativity from what he refers to as ‘the fairer sex’.

He said: “It happens at least a few times a day: I see some pretty little thing walking along with a glum face and give her a cheerful shout.

“Obviously, you’d expect them to be chuffed to get a bit of male attention, but if anything it seems like the opposite.

“I’ve lost count of the number of times I’ve been told to piss off, and one girl yesterday even called me a ‘slap-headed chauvinist fucknut’. I never thought I’d hear such vulgarity from a lady.”

He added: “What do women have to be so grumpy about? I don’t understand it at all.

“If they hate it so much, they should just smile in the first place and then I wouldn’t have to tell them.”