HUGE baby buggies, heavier people and kids on scooters threaten the UK with pedestrian gridlock by 2015.

Researchers found that the time it takes to traverse an average street has risen by 35 minutes over a decade, due to the increasing width and sluggishness of British foot traffic.

Pavements campaigner Stephen Malley said: “We are dawdling towards that nightmare day when humanity stops flowing and people die where they stand, hemmed in by massive arses.

People who are pointing at things and saying, That used to be a pub, you know? need to shut up and keep walking, or just stand in the road where they may or may not get hit by a truck.”

New laws in prevent XXL sweatpants-wearers using the pavement between 7am and 7pm, while in Denmark the government has introduced special pottering lanes for the elderly and those parents whose toddler insists on walking even though they have not got the hang of it yet.

Malley added: “We must punish careless obstructors, particularly businessmen trailing wheeled briefcases. Pick it up and carry it, you lazy bastards.

Pop-reggae thirst quenched for another 20 years 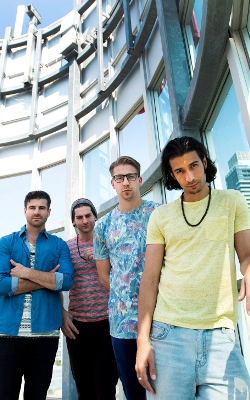 FOLLOWING the summer hit Rude by MAGIC!, music listeners have confirmed they are good for pop-reggae songs until the year 2034.

The surprise international smash arrived on schedule, exactly two decades after Big Mountains Baby I Love Your Way ruled the summer of 1994.

Pop blogger Julian Cook said: Like the cicada that spends 17 years buried underground, the love of a bouncy pop-reggae tune lies dormant in humanity and surfaces every two decades.

“The pop-reggae cycle can be traced back to 1974, when Eric Clapton released I Shot The Sheriff.

It has emerged again this summer, when following some invisible signal we all decided a bunch of Canadians skanking around to a rhythm that would have Peter Tosh turning in his grave was bouncy and fun.

But as we move into autumn and MAGIC! optimistically release a follow-up single, everyones natural immunity will return and well abandon the genre until well after the next world war.