PEOPLE who express themselves in plain, simple terms are invariably wrong, it has emerged.

Professor Henry Brubaker, from the Institute for Studies, said, “In East Yorkshire, for example, we found that an area claimed by ‘straight talkers’ to be overrun by immigrants turned out to be sparsely populated but with a vital cornershop owned by an Asian couple.”

The Institute also studied BBC schedules for signs of ‘rampant liberal bias’ but found it was mostly programmes about baking, dancing and John Craven standing in a field.

Meanwhile, a survey of so-called ‘pro-cycling fascists’ found no evidence of National Socialism or any plans for the mass oppression of non-cyclists.

Britain realises it can only handle a four-day week 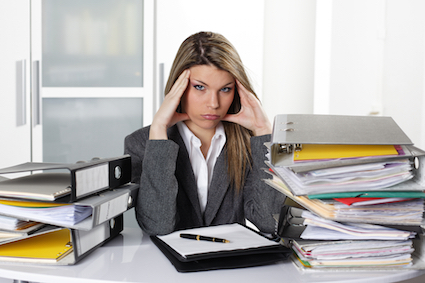 BRITONS have confirmed that four days of work per week is the most they can be expected to cope with.

Workers across the country have been hit with the terrifying realisation that they will be expected to work all five days of next week, causing widespread panic.

Tom Logan, from Hatfield, said: “It’s like something from a Dickens novel.

“There must be some way out of this. Surely we get Monday off for the feast day of Pachomius the Great and I’m pretty sure Tuesday is Constitution Day in Micronesia.”

Britain has fewer public holidays than other European countries such as Italy and Spain where Catholic festivals are observed and France where people only work if they really feel like it.

Jane Thomson, from Stevenage, added: “I’m considering going on strike, but I’m not sure it counts if it’s just one person. I think that’s just called not going to work.”