Picnics even shitter than barbecues

TRANSPORTING food into a field to eat it is a worthless endeavour, it has been confirmed.

As the weather momentarily improved, thousands of people have travelled long distances with heavy bags of provisions to lay down blankets which immediately became insanitary.

Professor Henry Brubaker, of the Institute for Studies, said: “Initiating a picnic is basically making a decision to have your food shat on by tiny insects.

“It is somehow ingrained into our national psyche that it’s fun to eat sweaty beef rolls on an uneven surface within sniffing distance of a rotting fox.

“The countryside is the domain of poisonous plants, grass snakes and depraved, underclass fire-starters. You are not welcome in it, and neither is your bag full of kettle chips and yoghurt.”

He added: “On a related note, Picnic chocolate bars are mediocre at best, easily the weakest of the commonly available chocolate bars. Coincidence? I think not.” 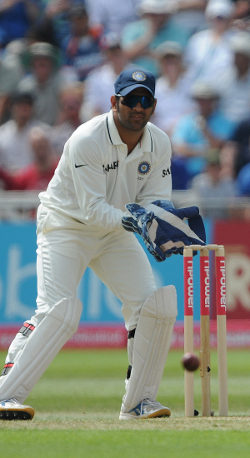 ENGLAND have rewarded India’s act of noble savagery by admitting them to the Trent Bridge bar to drink amongst gentlemen.

After Ian Bell was ushered back to the crease having been rudely distracted by a run-out decision, the ECB have acknowledged that their opponents may one day achieve civilisation.

A video of the incident is to be sent to the West Indian and Australian cricket boards as an example of how ex-colonies should behave toward their betters.

ECB chief, Roy Hobbs, said: “Dashed decent of the fuzzies to give Belly another bash and we may even consider letting them use the showers at Edgbaston.

“Ordinarily they have to hose themselves down in the groundkeeper’s shed but, by golly, I think they’ve earned it.”

Hobbs added: “When Belly was given his papers, I went to speak with their tribal leader Dhoni to point out this wasn’t on and he’d feel the business end of my swagger stick if he didn’t buck his ideas up.

“But do you know, he was civility itself and said he’d had a pow-wow with the rest of his chaps and already decided to do the square thing. So after the day’s play, I thought we’d let convention hang and allow them into the bar for the first time – not at the firewater, of course, as it sends them off their rocker.”

India’s decision has been hailed as a great example of sportsmanship but several Premier League football clubs have condemned it as failing to enter into the spirit of being a shower of complete arseholes.

Sir Alex Ferguson said: “What I don’t understand is why the wicket keeper doesn’t flick the batsman in the swingers while nobody’s looking.”