THE police have apologised to anyone who thought they still solve crimes.

Chief constable Norman Steele explained that the police stopped dealing with crime in 2005 in order to concentrate on Facebook disputes, student demonstrations and PR campaigns.

Steele said: “I apologise if some people didn’t realise, but we did announce it on our Facebook page, just under the competition to design a diversity mascot.

“On that note, I can report that Tatiana the Tolerant Tiger is proving very popular in primary schools.

“The problem is that criminals take up a disproportionate amount of police time. They’re always running away and getting a straight answer out of them is a bloody nightmare.

“So it makes more sense to concentrate our resources on areas where we can really make a difference, like tweeting about window locks or responsible drinking.”

“The worst part about those shows is they make you jump over walls because it looks cool, which is something we would never do in real life as it is knackering and you could hurt your pelvis.”

X-Men movies finally as incomprehensible as the comics 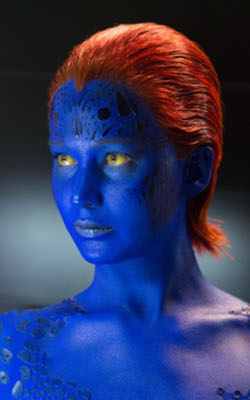 THE seventh X-Men film is as bewildering and nonsensical as its source material, it has been confirmed.

Cinemagoer Nikki Hollis said: I was completely lost from five minutes in, and Ive had a migraine for the last three days. Is this why comics fans shun the light?

Comics blogger Tom Booker said: You dont read the X-Men  or X-Factor, or X-Force, or Excalibur, this shit never ends  because you enjoy them.

You read in the hope that one day youll understand who these characters are and what theyre trying to achieve, and then youll be able to stop. But you never will.

Producer Tom Logan said: By being true to the comics, weve made films that you have to see twice at the cinema and six times on DVD even to begin to follow.

It’s the kind of classic story we can all relate to.”