A POSH North London family have been left devastated by a poor review from their Airbnb host.

The Hackney-based Johnson-Thompson family spent a week having an authentic cottage experience in the Yorkshire dales, but were dismayed by negative feedback on the site which highlighted their annoying personalities.

Parents Lou-Lou and Tom were joined on the break by home-schooled gobshite children Daisy, Kasper and Marley.

Lou-Lou said: “Apparently the locals said they were ‘terrorised’ by our kids, who were merely asking them interesting questions about bull semen and indulging their natural curiosity.

“They also complained about us smoking marijuana in the garden while having a world music sing-along, which seems a very provincial outlook.”

Tom did, however, concede that bringing his son’s gerbil was a mistake after it escaped and was run over by a tractor.

He added: “The hosts were also very ungrateful for our gifts: we installed several calming wind chimes, left them our own sourdough starter and a coffee table book of Japanese fetish art, which they described in the review as ‘utter filth’.”

The Johnson-Thompson’s are now concerned their plans to rent a gite in the south of France later this year will be hampered by the feedback.

Host Wayne Hayes said: “We have a word for these folk in Yorkshire dialect, we call them wankers.”

Nobody wants to tell Corbyn election isn't for years 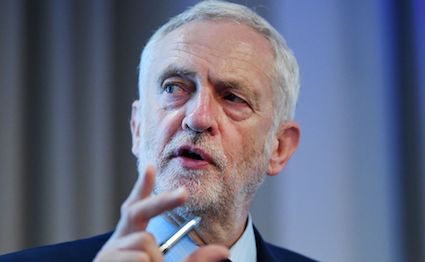 LABOUR MPs are reluctant to tell ‘ready to govern’ Jeremy Corbyn that it is five years until the next election.

The 68-year-old, who will proclaim that he is basically prime minister at today’s Labour conference, apparently asks aides to ‘nip out and check’ if the government has collapsed roughly every half-hour.

An insider said: “It’s only two years since he was less famous than the bassist of the Kaiser Chiefs, so he’s used to stuff happening fast.

“But when we broach the idea he might have to wait until 2022 to take power he just does that affronted owl face he does for photographers, then carries on picking new curtains for Downing Street.

“Technically he is on the ‘threshold of power’, like he says in the speech. But I don’t think he’s considered that the Tories might just not answer the fucking door.”

Corbyn said: “This is worse than when I knew I’d got Chairman Mao’s Little Red Book for Christmas but I wasn’t allowed to open it until the big day.

“Maybe if I close my eyes and clench my fists and hold my breath, I’ll be prime minister by the time I open them! Please. Please.”