A WOMAN’S excitement at eating a Creme Egg is visibly turning to remorse.

Onlookers saw Nikki Hollis remove the Creme Egg from her bag and regard it with shiny-eyed anticipation. She excitedly tore off the foil and held the chocolate object to her lips, before biting into it and releasing the vile gloop inside.

Witness Susan Traherne said: “The moment that synth-fondant hit her tastebuds, she knew she’d made a terrible mistake.

“It must have been a long time since she’d had a Creme Egg, and she’d clearly forgotten the weird industrial goo that lurks within.

“Regret became fear as she realised she’d have to eat the whole thing, because you can’t throw away a Creme Egg once you’ve started it.”

Others observed that Hollis appeared to be getting the hang of the Creme Egg, possibly due to it attacking her brain.

As she forced down the last of the sticky chocolate shell, a triumphant Hollis wiped her mouth with her sleeve and reached into her bag for a second Creme Egg.

Cultural thing weirdly not in London 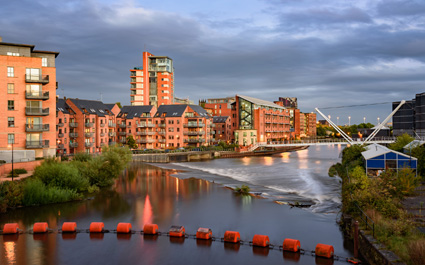 A CULTURAL event is unaccountably taking place outside of London, it has emerged.

A production of Brecht’s Mother Courage is being staged in a so-called theatre in Leeds, despite the fact that Leeds is over 200 miles from London and cannot be reached by underground train.

Jane Thompson, from Stratford, said: “I heard it got good reviews, so I thought I might pop down after work. Then I found out it would take me four hours to drive there. What is this, Dulwich?

“What the hell are they thinking, putting on a play where nobody can see it?”

Thompson’s friend Wayne Hayes said: “I’m outraged they’re taking a perfectly good play outside of London while I have to make do with whatever’s on in the theatres, drama studios and other performing arts spaces located within a mile of my house.

“I expect the costumes and loud noises will make the not-London people startled and upset. I wouldn’t be surprised if they all fell to their knees and began worshipping the stage.”

Leeds resident Stephen Malley said: “Of course we get cultural stuff in Leeds. We had Macbeth here in 2008.”