THE sort of men who will never even own a car have been thrilled by the new Lamborghini Veneno. The launch of the 220mph, £3million supercar has triggered heartbreaking levels of excitement among thousands of single males who still live with their mum.

With super-strong carbon fibre bodywork and optimal aerodynamics, the Veneno would definitely be my supercar of choice if I had a driving licence and financial autonomy from my parents.

And the high-tech, racing-style seats would be seeing a bit of action too, because if I had a Veneno Id probably stop sweating copiously whenever I talk to girls.

In fact the only downside to the Veneno is that there is literally no chance of me ever owning one, except in poster form.”

Its a long time to wait, but itll be worth it. Even my mums started asking me when Im going to have sex.

A Lamborghini spokesman said: Its all so heartbreaking we might just give some Venenos away free to these sad bastards. 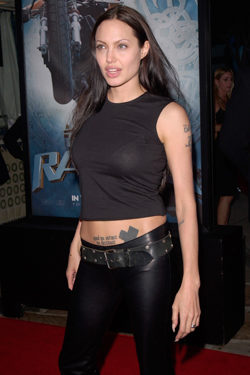 LARA Croft: Shoplifter shows the character as a teenage thief nicking eye liner from Boots, it has emerged. A shit film is already in the pipeline

The latest game to feature the iconic character is a prequel showing how the young Lara developed the stealing skills that would make her a famous relic-lifter.

An Eidos spokesman said: “Like most teenage girls, Lara was into getting the ‘five-finger discount’, especially from Boots and The Body Shop. Eyeliner, face cream, batteries, whatever she could get up her sleeve.

“But her exceptional athleticism and ability to somersault over security guards made her stand out.

“The other kids at school would give her lists, not just the girls but she would also nick Lynx deodorant and comics for the boys. Sometimes even fags.”

Shop Lifter follows Lara on a nicking spree around Swindon high street, and features a controversial scene where she is forced to flirt with a creepy store manager so he won’t ring her dad.

34-year-old Lara Croft fan Tom Logan said: “She is 18 in this, right? I’m just curious. I mean, it could affect gameplay dynamics.”

The new prequel has re-ignited the debate over whether Lara Croft or Ms Pac-Man is the key feminist video game character.

Games historian Nikki Hollis said: “Ms Pac-Man entered the patriarchal world of mazes and tackled the ghosts on her own terms.

“She was just as good as Pacman, in fact almost identical because I don’t think the programmers could be arsed to change much.”