GEORGE Osborne has produced his own glossy booklet of money-saving tips for benefits claimants.

Written in a breezy style, Careful Georges Handy Hints to Save £10 Billion contains advice on how to shop wisely, reduce waste and make cheap-but-nutritious recipes such as Simply Super Seagull Soup.

The booklet begins: Living well on a budget is often just a matter of being sensible. Ask yourself if you really need those expensive trainers when wearing two empty tissue boxes are more fun!

Supermarket own-brands are often just as good as more expensive ones. A tin of Tesco dog food doesnt taste any different to an expensive tin of Pedigree Chum once youve made it into a casserole!

Instead of throwing away dishcloths and dusters, wash them out and use them again by sewing them together to make clothes (if people mock you in the street, just pretend to be a professional clown!).

The booklet goes on to describe more than 200 money-saving measures, including reducing heating bills by sharing a bed with your elderly parents, and going on holiday by clinging to the underside of a lorry.

However the booklet has not been without its critics, such as unemployed marketing consultant Tom Logan, who claims he has failed several job interviews due to wearing a suit made out of some mouldy carpet he found by the road.

Logan said: Im all in favour of thrifty things like saving slivers of soap. But Im not sure its safe to make them into a pie.

Jobseeker Nikki Hollis said: Im a feckless scrounger, so anything that frees up cash for White Lightning and Superkings is fine by me. Who fancies a cardboard sandwich? 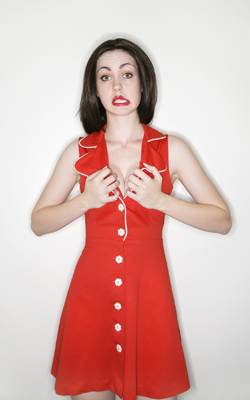 THE seemingly endless Kate Middleton topless saga is making men bored with breasts, it has emerged.

As the breast-related furore rumbles on interminably, many lifelong boob admirers are losing interest in the whole concept of bosoms.

Self-styled ladies man Wayne Hayes said: I must have liked them, Ive got thousands of pictures of them on my computer.  But now I just see two mounds of fatty tissue on the front of a womans body.

“All this tedious debate has killed the magic. Suddenly they’re just another vaguely rounded body part, like a knee cap.”

The shift in breast perception is affecting the media, with readers of The Sun turning straight from page two to page four. Rihanna has scrapped the concepts for her next three videos, and men’s magazines have replaced breast pictures with pictures of other species’ nipples, including those of monkeys and cats.

Cosmetic surgeon Dr Norman Steele said: I was halfway through sticking a bag of silicone under a womans skin when I realised, this is all a bit weird.

“God help me if everyone else is catching on.

Shopkeeper Roy Hobbs was more positive: Im more clear headed than ever before.  Walking to work this morning, instead of checking out the ladies milkers I got some serious thinking done.

Psychologist Emma Bradford said: “I’m not convinced we are entering a golden age of unparalleled male productivity. It’ll only be a matter of hours before men shift to a more ‘bum-centric’ view of the world.”