BACK in April, everyone and his wife opined about how lockdown would change Britain forever according to their tastes. But it was bollocks. Here are some examples.

The blessed absence of traffic, the lack of pollution, the quiet roads at night – it was so wonderful that people thought it would stay that way. No. Everyone was piling into a car to take the kids to a park or visit a gridlocked seaside town the moment it was allowed, because that’s different.

An end to wastefulness

No more throwing away food! No more fast fashion! A new era of reusing, recycling and mending! Except half the jobs in Britain depend on rampant consumerism so if we don’t get back to it there’ll be an economic collapse and you’ll be unemployed even if you don’t work at Primark.

Suddenly all the problems of the last decade – homelessness, the underfunded NHS – were solved in a stroke. Who would go back to how it used to be? Well the government for one, so NHS staff are paying to park again and Priti Patel has promised rough sleepers back on the streets by August 1st.

A sense of community

Clapping for the NHS while our neighbours banged pans, getting their shopping, seeing them in the same parks – the world became local again. Until we all realised proximity is no substitute for people you actually get on with.

Say goodbye to the office

With everyone working from home at up to 70 per cent of their previous productivity, why would we ever return to offices? Perhaps because your manager’s a control freak who rightly suspects you of smoking dope at 10am in your stripey pyjamas?

The end of Boris Johnson

How could Britain carry on with Boris Johnson as prime minister after this? After the deaths? After Cummings? But it turns out the large number of Brexity people who supported him in December haven’t changed their minds to agree with you overnight. Sorry about that. 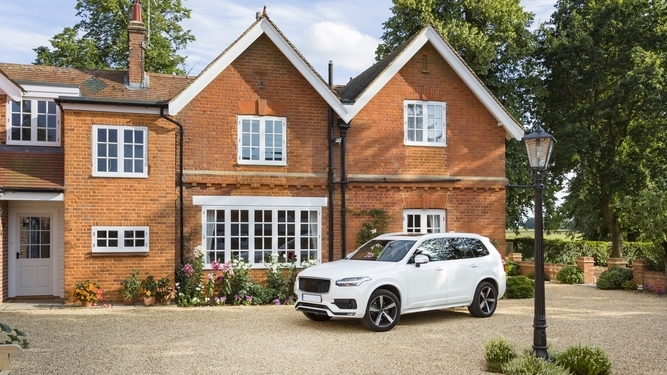 A COUPLE about to spend half a million pounds on a house say life would be impossible without their gift of £15,000 from Rishi Sunak.

Eleanor and Richard Shaw are deeply grateful for the freeze on stamp duty, describing it as a ‘lifesaver’, and have vowed to spend the money on nice things for their sickeningly large home.

Chartered accountant Eleanor said: “With so much uncertainty about the economy, it makes all the difference to know we can buy some really expensive taps.

“And a summer house for the garden. We’re not going to fritter all the money on the house though – we’ll probably buy lots of wine and Waitrose food, then put the rest in the bank.

“I dread to think what would have happened if this money hadn’t come through just in time. We might have had to dip into one of our savings accounts.”

Small business owner Richard said: “I feel sorry for renters who won’t be getting this support from the government, but they’ll be getting a fantastic deal at Nando’s, so what’s their problem?

“I’m just relieved the money is there to help us survive these difficult times. I don’t think I could live without a koi carp pond.”