'Spiritual' people to celebrate Christmas in unique and annoying ways

PEOPLE who see themselves as ‘spiritual’ are to planning mark Christmas in a non-relgious but still irritating fashion.

Francesca Johnson, 28, likes incense and believes in crystal magic instead of Jesus magic.

She said: “I embrace some aspects of organised religion, particularly the bits about living forever in a patchouli fairyland in the sky.

“My family and I will dedicate Christmas to quiet contemplation of how amazing we are.

“Instead of watching the Queen’s Speech, we will spend Christmas believing Prince Charles knows what he’s talking about.

“And a roast turkey looks too much like the patriarchal fantasy of a naked woman with her legs splayed. So we’ll be having a nut roast, which has no discernible gender.”

Dreadlocked pharmaceutical company heir Wayne Hayes, who believes in ‘a force’, said:  “When you’re as wealthy I am you realise that money means very little.

“There’s something very selfish about gifts. So I’ll be spending Christmas on a beach in Goa, being handed drinks by small boys.”

Listening to gay rights opposition 'like visiting a farm museum' 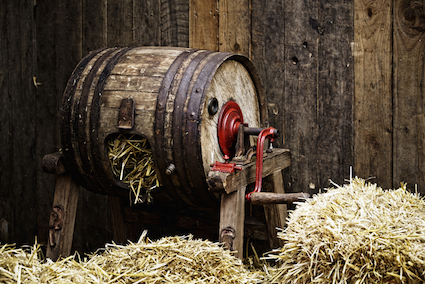 Researchers found that listening to the arguments was like visiting a farm museum in Norfolk where people dressed as 14th century peasants make butter using a big spoon and a bucket.

Dr Tom Logan said: “It’s a fascinating historical curiosity, but you watch them – pumping away like there’s no tomorrow – and you just keep thinking, ‘thank Christ we don’t have to do that anymore’.

“They’re trying to keep the old ways alive, bless ’em, but it is just a museum. At the end of the day the visitors get in their cars and go home and then the janitor goes around and switches all the lights off and locks up.

“The volunteers may be really enthusiastic about making butter in a bucket, but the rest of us are eating low-fat spread, high in Omega 3, and have been for years.”

Dr Logan has suggested Lottery funds could be used to set up an interactive intolerance museum where visitors could pay to watch someone weave an argument out of bits of Bible and some string.

He added: “They should make the arguments by candlelight. And they should speak while holding their lapels.”