Starkey sick of hearing Jamaican patois at the Ivy

HISTORIAN David Starkey has written to a top London restaurant about its constant use of nihilistic Jamaican patois.

Dr Starkey says that every time he goes to the Ivy in London’s fashionable West End, the white maitre d’ greets him with a loud ‘wha gwan Star-kee?’ and then attempts to shake his hand in an unusual way.

He added: “The waiters call me ‘rude bwoy’ and ‘Doctah D’ and the menu is all spicy bananas and jerked meat.

“I am then surrounded by fellow diners all speaking a particularly aggressive and destructive form of Jamaican gangsta street lingo while I and my lunch companion attempt to discuss the consistency of Henry VIII’s mid-morning stool.

“This is why so many of us have this sense of, literally, a foreign country.”

Dr Starkey’s outburst follows his claim the riots started because young white people had become black ‘thus making it very difficult for the police to see them at night’.

He also claimed young people, who are all exactly the same now, stole televisions because of the way they talked.

But as riot-loving communists said that Alf Garnett with a PhD and a contract with Channel Four is still a racist, Dr Starkey was defended heroically by a couple of right wing white men causing everyone in Britain to immediately realise they had made a big fuss over nothing.

Julian Cook, professor of shut up, you’re wrong at Delingpole University, said: “When did it become racist to make sweeping generalisations about ethnicity?”

Publishing his letter to the Ivy, Dr Starkey said the Oxford and Cambridge Club was just as bad, ‘especially after they granted full membership rights to bitches’. 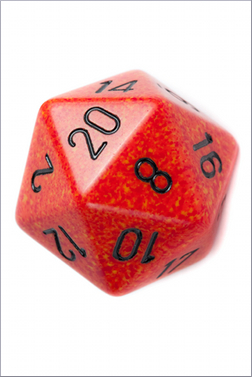 SCORES of disappointed rioters queued up this morning to return goods they had mistakenly looted from Games Workshop.

The crestfallen thieves had raided the store hoping for a PS3 or Nintendo bounty but arrived home to find they had stolen a box containing 300 unpainted Orcs and a board game called Beyond the Ultraforest of Kwang.

Martin Bishop, 19, said: “I am returning The Runering of Fangor.

“It includes two dice, each with about 40 sides and instructions on how to gain the trust of  a ‘cloud wizard’.

“And yet somehow I’m the fucking bad guy.”

He added: “Nevertheless I am now immune to Dwarven magic, so it hasn’t been a complete waste of time.”

Meanwhile, historical kitsch outlet Past Times reported the return of a pair or resin bookends in the shape of the Egyptian cat-god Sekhmet and 254 teak statues of a fat, reclining Buddha.

And in Manchester, people who stole copies of Limitless starring Bradley Cooper have been setting fire to them and throwing them back through the window of HMV.

Roy Hobbs, manager of Games Workshop in Birmingham, said: “Welcome home my children. Let me bathe you in the healing milk of Fagnarbarak.

“I knew we would meet again.”