THE trend for sharing a rented room with a complete stranger has been welcomed by people who have no friends due to their weird personalities.

Soaring London rents are enabling thousands of social misfits to experience something that loosely resembles friendship for the first time.

Retail worker Wayne Hayes said: “After a lifetime of being shunned by other humans, being forced to share a room with someone is like all the most heartwarming bits of Friends rolled into one.

“I knew I was going to be best mates with my ‘roomie’ Pete when he didn’t immediately edge away from my mad staring eyes and deeply intrusive questions about his girlfriend’s sexual preferences.

“He’s been working really late every night this week so I’m going to surprise him when he gets in with a piping hot glass of Vimto and one of my famous sloppy liver-burgers.

“I’ve already got the Star Wars Risk board set up.”

Unemployed pet beautician Nikki Hollis said: “My new roommate Gemma is so nice I can’t resist stroking her hair while she sleeps, which is probably the sort of thing friends do.

“However I’m not happy about her spending so much time with her other friends who I think are a negative influence, so I might have to kill them.”

A spokesman for the Association of British Landlords said it would be looking into the problem then deciding it was fine as long as they continued to get money. 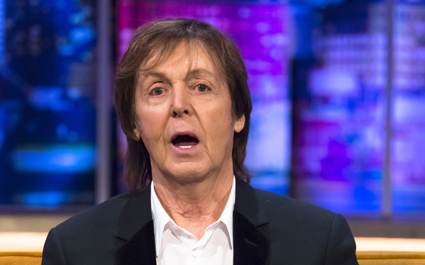 PAUL McCartney has become the first artist to irritate three generations of music fans after appearing on Rihanna’s new single.

Teenagers whose grandparents were yet to be born when Macca first appeared as an insufferable grinning fop in 1963 are now being angered by his latest gropes for relevance.

Pop historian Julian Cook said: “From the chirpy tit your granny liked in the Beatles to his period as an arsearche with Wings in the 1970s, McCartney has always been the most patience-testing musician in pop.

“He’s a long way from his ‘peak’ with The Frog Chorus in 1983, which he’d be the first to remind you is actually called We All Stand Together, but despite his advanced years he is still pretty wearing.”

The new single is widely recognised as one of the worst things that Rihanna and Kanye have ever done, with both modestly insisting that McCartney should get all the credit.