RESPONSIBLE teachers have informed their Year 11 pupils that their exams will determine which of them succeed or fail for the next 70-80 years.

Suggestions by pupils that bad grades might not doom a child forever have been silenced, and the bald facts that their entire fate hangs in the balance reasserted.

English teacher Susan Traherne said: “It’s not just your job. It’s your health, your happiness, your romantic prospects, what car you’re allowed. Everything depends on this.

“I’ve seen pupils swan into exams, they’ve not worked hard enough, they were on Snapchat, get an E grade and 15 years later they’re homeless, dead and in prison.

“The downward spiral of misery won’t end. Fail to calculate the hypotenuse correctly and it’s over for you. This is the academic Hunger Games.

“And let me stress, this applies especially to English Literature. Mix up Dr Jekyll and Mr Hyde – I’m talking to you, Bethany – and you will never own a house.”

Pupil Tom Logan said: “Dad always saying he never got any GCSEs and he’s a miserable failure, so it tracks.”

Male mannequins to feature hand down front of trousers 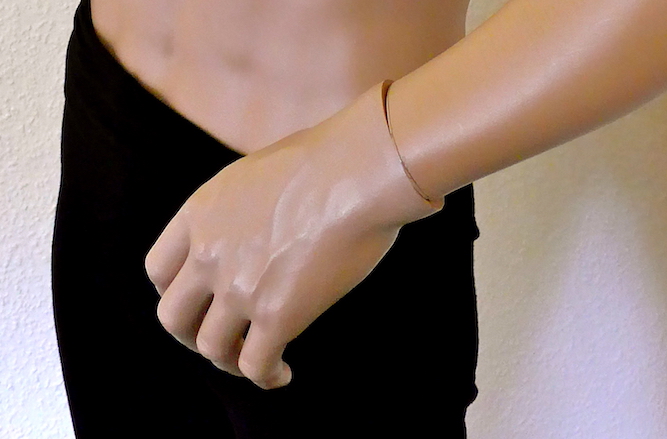 MALE fashion mannequins are to be more realistic, including at least one hand rammed permanently down the front of their trousers.

As Debenhams introduced the first shop mannequin to be vaguely the same shape as a woman, experts said the male version would be plump, slouched and at ease with its groin.

Mannequin designer Charlie Reeves said: ”Men are more interested in fashion than ever. But they want to know what a pair of trousers will look like both with and without hand.

“Most high street retailers will also introduce sofa-based mannequins so male customers can stand back and see what they will look like 90 percent of the time in any given trouser.”

Tom Logan, from Peterborough, said: ”I’ve had to take back several pairs of jeans because they just didnt work with my fat little hands.

”Just so’s were clear, Im not fondling myself. I just need to put one of both of my hands down there or I become very anxious.”

Martin Bishop, from Doncaster, added: ”I am fondling myself.”