Television's secret agenda is to make you watch more television

THE people who make television programmes have admitted that they are subtly trying to make you continue watching it.

Their confession came after right-wing US author Ben Shapiro suggested many popular television series have a secret leftist subtext that is killing babies and capitalism.

But the claim was dismissed by Emma Bradford, chief executive of Tit Pictures, who make the hit shows Celebrity Victorian Haemorrhoid Operation and Let’s Bring Back Joey Deacon and Make Him Wank Off a Kestrel.

She said: “I find the suggestion that I have political opinions, and by extension a soul, rather flattering.

“I suppose having some sort of opinion would be interesting but I’m completely swamped with our remake of It Ain’t Half Hot Mum, starring Peter Kay as Gloria and Imogen Thomas as Don Estelle.”

She added: “But if Marx were alive today I suspect he’d probably still choose to express his ideas by writing The Communist Manifesto as a book rather than trying to subtly encode his message into a show where Callum Best has to inseminate 10 girls while on a merry-go-round covered in creosote.

Television producer, Julian Cook, said: “Subtext? Is that like a sex text?

“I know about sex texts because celebrities do them.

“We point cameras at celebrities because you like them. Then we get money and we treat ourselves to nice things.

Harrison Ford forgets he was in fourth Indiana Jones movie 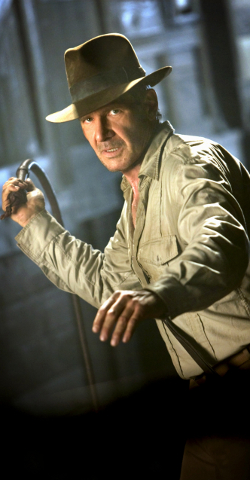 AGEING actor Harrison Ford has forgotten his starring role in Indiana Jones and the Kingdom of the Crystal Skull, it emerged last night.

As he hit out at ‘soulless’ action movies filled with computer generated images, worried friends telephoned to see if he had forgotten being in any other films.

John Rhys-Davies, who first appeared with Ford in Raiders of the Lost Ark, said: “As I read his words I thought, ‘Harrison, my friend, it was only three years ago that you were paid millions of dollars to appear in a film that was basically a lot of CGI, an absurd plot and was so soulless it seemed to have machine-gunned not only its own soul but the soul of everyone who saw it’.”

Rhys-Davies, who also played Gimli, the freakishly tall Welshman in the Lord of the Rings trilogy, added: “I telephoned him and it seems he does remember being in Raiders, Temple of Doom, Last Crusade, The Fugitive, Clear and Present Danger, the original Star Wars trilogy, Blade Runner and Air Force One.

“He even remembers being in Patriot Games. Bloody hell.

“I had hoped that with the CGI in Crystal Skull being so appaling he may not really regard it is a CGI, but it seems he has indeed lost all memory of the six month shoot and $185m budget.

“His nurse said he doesn’t even recognise himself when he watches it. He just says, ‘that was a piece of shit – I can’t believe they thought that was a good idea’.

Ford gave the interview on the set of his latest film Cowboys and Aliens.

It is not a Woody Allen film.