BIGOTED bones are terrible. I had a granddad who suffered. But today’s gammons don’t have a racist bone in them. Here’s why:

My great-uncle Horace had a jingoistic femur that got shot to smithereens at the Somme. He was a better person afterwards. But such radical solutions are no longer necessary because we’ve simply evolved not to be racist. For example, I fancy Rihanna.

I just don’t even notice colour. If there’s a bone in the eye that makes you think differently about race, I haven’t got it. For example if everyone I knew was white and I never hired any ethnic minority and didn’t like being in lifts with them, I’d never know.

Some of my best friends know black people

Reg, Alan, Graham and Tony down the Railway Tavern, they’re all white but x-ray them and you won’t find a xenophobic vertebrae. A couple of them know coloured types and they say they’re alright. Tony was born in bloody Rhodesia. I mean come on.

We can take a joke and so should they

Everyone’s different, aren’t they? So jokes about the thick Irish are no less discriminatory than telling Manesh behind the bar he needs to get home to his six wives. There’s nothing racist about the funnybone. Everyone’s got one, apart from the fucking Germans.

A family moved in next door to me and I sold up and moved, but it was nothing to do them being Asian

I’m sure they were lovely people. Looked lovely, smelled lovely, the lot. It’s just London’s full of them now and half my non-racist mates moved to Southend and I missed their non-racist company. Also, it’s easier to be non-racist when you’re among your own. That’s how it is.

Discrimination wrong unless it's based on what car you drive 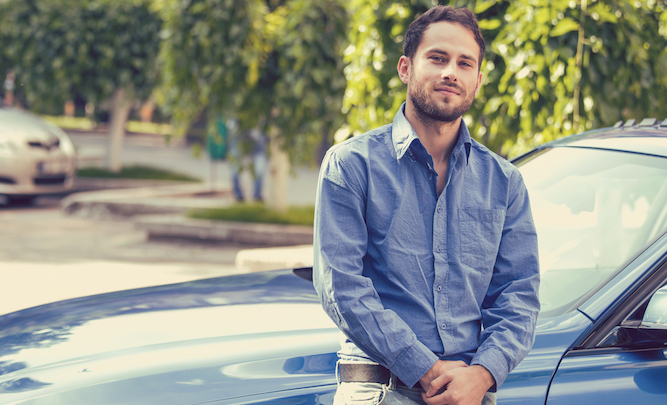 NO-ONE should be discriminated against unless they drive a car that singles them out as an utter w**ker, Britain has agreed.

A survey found that prejudice based on race, religion, gender or sexuality is always wrong, but prejudice against a BMW X4 owner who accelerates like a drug dealer even though they are a pharmaceutical sales rep called Connor is fully justified.

Researcher Helen Archer said: “Bigotry is wrong. But driving a Mazda MX-5 is a choice.

“Whether it’s the pitiful Renault Twingo driver, the so-called ‘van dweller’ in their £30,000 vintage VW camper, the contemptible convertible owner, or those Honda Civics with the spoilers, give them all the intolerance you’ve got to spare. They’ve asked for it.

“It’s also perfectly fine to detest twats with ridiculously expensive cars like Aston Martins, which they only drive on a Sunday, and spend the rest of the week wanking on about in classic car forums.

“There was a largish subset of people saying you shouldn’t blindly hate for any reason, but further research revealed them to drive RAV-4s and other hairdressers’ cars.

“Basically, if your car is anything other than a shit heap that gets you from A to B, you’re a bell*nd.”