THE rail strikes will be hugely inconvenient, but for Guardian readers disagreeing with the principle of industrial action is deeply awkward. Here Carolyn Ryan explains how to be positive about the hassle.

It’s solidarity with the working person

If it wasn’t for strikes we’d still be having our fingers sliced off in cotton mills, so it’s only right that we stand shoulder-to-shoulder with train drivers. £58,000 does seem rather a lot for sitting down for hours, but they have other onerous responsibilities like telling you the train is terminating at random with no further details.

Commuting on the electric bike

I normally only ride my Cyrusher e-bike as far as the station then force it onto the train for others to admire, but now I can buzz along all the way into town. It’s not like the roads will be any busier and I’m sure motorists will be more than happy to gesticulate the right directions.

Martin and I are all for taking the kids out of school if it encourages their development. I’m sure Poppy and Nat will be welcomed by RMT workers and taught to shout ‘scab’ at any traitors trying to get past. We might bring some tofu sausages to cook over a brazier. I’m sure they’ll appreciate that.

You can still go to Glastonbury

At first we thought ‘Oh God, but what about Glasto?’ but then we realised that the last two strikes fall on the Thursday and Saturday and we arrive early on Wednesday to immerse ourselves in the lives of authentic local folk and leave on the Sunday for work. We’ve rented a lime green retro VW camper so it doesn’t really matter anyway.

Apparently England are playing New Zealand on the 23rd but Martin says Headingley is full of racists and Tories so hopefully the whole thing will have to be cancelled and the ground returned to wild meadow. It’s odd because Leeds wasn’t at all like that when I was at uni. But it does avoid hours of mind-bending tedium.

Animals will be able to cross the tracks

Railways are deadly obstacles to badgers and foxes and so with no trains running they’ll be able to move from one habitat to another unhindered. Unless they’ve left the live rail on and Mr Fox gets blasted six feet into the air, in which case get back to work, you wildlife murderers. 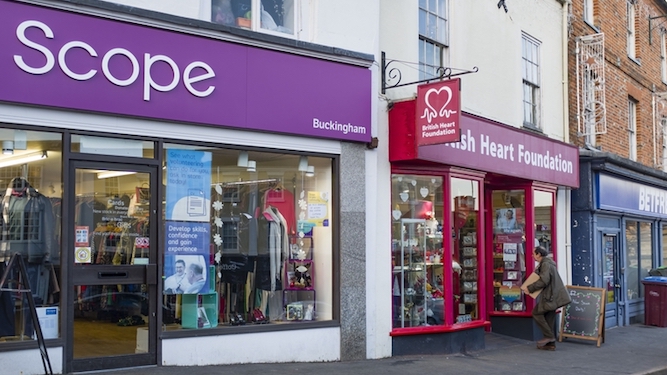 YOU swore you’d never do it, but there comes a point in life where moving back to the shithole where you grew up seems a good idea. Here’s why you should resist.

It won’t have changed at all

You’ll assume this shitty backwater has changed for the better. Perhaps a Costa or (dare to dream!) a Bella Pasta? Nope, it’s the same sad charity shops and the pubs are unchanged. Except you were at school with the pisshead regulars and they’re still droning on about the past, eg. how fit Miss Mason was. She’s probably in a care home now. Depressing.

You’ll have to see your relatives

It’s tricky to claim you can’t go to christenings and Uncle Phil and Aunt Susan’s golden wedding anniversary when you live in the same town. Chances are they live so close by they’ve got a direct view into your back garden. No more easy excuses, you’re going to have to stand around eating egg sandwiches every time a family member breeds. Or dies. At least until it’s your turn.

Leaving made you think you were better than everyone who stayed. If you return you’ll realise that the schoolmates you mocked have got their lives way more sorted than yours. That said, they’re parochial bastards, but you’ll come to enjoy mundane conversations solely about local things like street lighting. You’ll be a lot happier, like a Stepford wife.

All those years in fancier parts of the country were pointless, as you’re back in the same sort of street where you grew up, wondering why your parents would inflict this on you. Except now you’re the one getting excited about having your highlights done at ‘Shear Elegance’ and weekly curry’n’karaoke night at the Kings Head. In fact you’re going with your mum and dad.

By far the most alarming revelation is discovering you love living in the hellhole of your youth. Your past self will be screaming in judgement, but perhaps it’s time to accept your destiny, ie. being stuck in a mostly harmless dump where you can just give up on life. Having ambitions was nothing but hassle anyway. Plus the chippy still does those fantastic soggy chips.