The next six things we're taking away from poor people, by the Government

YOU scrounging paupers have had it too easy for too long. Here’s what we, the government, will be taking away after £20 off Universal Credit:

Early humans used leaves to wipe their rear ends for centuries and it didn’t do them any harm. We’re bringing this back because it costs us nothing and we can say it’s more eco-friendly than toilet paper. Plus the country is covered in leaves right now because it’s autumn, so people struggling to make ends meet are just too shiftless to pick them up.

Pennies are much heavier than banknotes or credit cards or ApplePay. So by pinching spare change from the destitute’s wallets they’ll feel lighter and have a spring in their step on their daily five-mile trudge to the food bank. We’ll sell this bullshit with a slogan like ‘lightening the load.’

Yes, that £1.55 steak bake filled with ambiguously sourced meat may be a poor person’s one beacon of light on an otherwise desperate day, but if you’re nourished enough to buy food you might buy other stuff and force up inflation. Instead we’ll redirect the funds into propping up profiteering energy giants and their hedge fund investors.

There’s no gas anyway so they’re redundant. Ripping them out in time for winter means the poor people won’t run up unaffordable fuel bills in an attempt to stay warm. The resulting hole in the wall will improve air circulation, protecting the deprived from Covid. Although they’ll still selfishly clutter up hospital wards with hypothermia. You can’t win with them.

No tree means no pressure to put presents under it. And as there’s going to be a national toy shortage this is music to the ears of parents keen to avoid disappointing their kids. Instead, everyone can look at the empty corner where their presents should be on Christmas morning and imagine their gifts, which is much more budget friendly.

The roof from over their head

Ripping off the roof from a poor person’s house creates a massive fire escape. It will also look like we’re doing our bit to remove expensive flammable cladding which we couldn’t give a shit about. This is what we meant when we said we’d ‘build back better’, because the more accurate ‘f**k over poor people’ isn’t hitting with focus groups.

Husband on date night thinks he could be in here 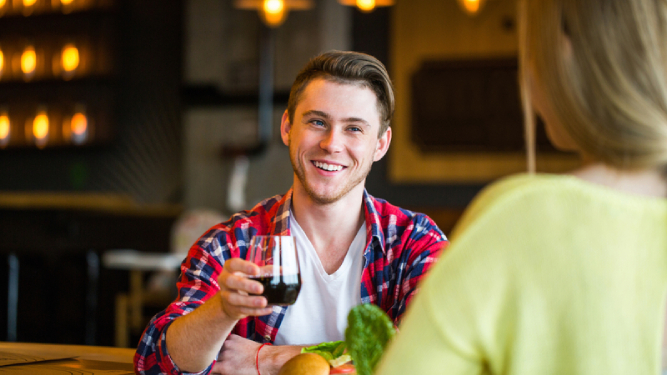 A MAN on a date night with his wife reckons that with the amount she is flirting and drinking his luck may well be in.

Nathan Muir initially attended the restaurant date night with wife Helen out of a sense of marital obligation, but he increasingly believes the evening will end with him getting some.

He said: “She touched my arm and gazed into my eyes while I was telling her a frankly boring anecdote about my mate Dave’s car stalling at a roundabout. This chick is hot to trot.

“I need to pace myself, make sure I’m still sober enough to perform, and look like I have no expectations. If I act like she’s a sure thing, that’ll slam the doors tight shut.

“I’ve also got to keep the keep the tone light but sexy, ask open questions, and let her think it’s her decision. But I don’t mind saying I’m pretty excited. It’s been months. I hope she lets us do it with the lights on.

“So glad I made the effort by shaving and getting her to iron me a shirt.”