The six most loathsome people you'll meet at university

UNIVERSITY is a marvellous place to make friends, learn about the world and experience new things. You will also meet the biggest twats you have ever met in your life. Here they are:

A low-stakes version of the notorious dealers who give you the first hit free, this girl will arrive with weed, give everyone free tokes for the first week, and then attempt to coast on that for an entire year. Drops out midway through March when unable to find anyone not wise to her bullshit.

One of many wannabe alphas studying law, this individual will make clear he is only doing so in order to earn six figures while still in his 20s. Unfortunately he is already spending as if earning six figures in his 20s, and playing the stock market, and isn’t as good as law as he thought, and is in deep shit.

Lots of freshers will begin university with long-distance partners. But only this girl will talk about her boyfriend on every night out so incessantly that within weeks you feel as if you know this man you’ve never met, and yearn for him to be dumped.

After seven years at a school where the same teachers were giving him detentions aged 18 as they were aged 11, the total freedom of university blows his mind. Has food fights, sets off fire alarms, runs screaming down corridors at 4am and eventually breaks down crying and goes home.

Spent three months of a year off travelling and is weighed down by the incredible wisdom she has accumulated from simple, close-to-the-earth peoples and is willing to share with you. Has some kind of ethnic hat in her room which she got from Guatemala and which is also for sale at the student market.

Not like the rest of you, who are sheep and drones doomed to mediocrity, this knobhead is destined for greatness whether writing a novel, forming a band or perhaps even as an artist. Insufferable, deluded, and with a wanker’s haircut, the worst thing is that some of these will actually succeed. 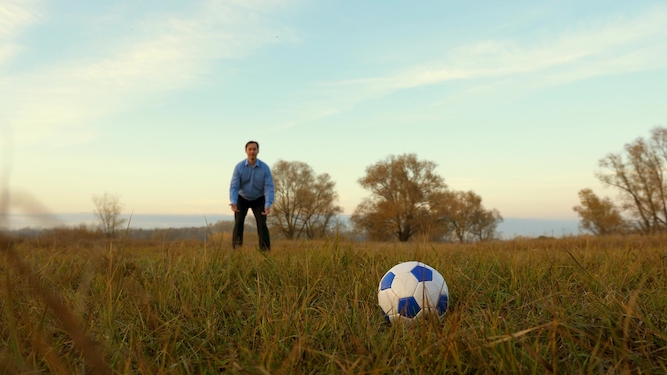