The squaddie's guide to things you pretty obviously shouldn't be doing

ARE you in the army but sometimes feel you’re doing things that might be considered ‘wrong’ or ‘mental’? Here are some activities to avoid.

Everyone likes a laugh and God knows lefties need a good-natured ribbing, but shooting the democratically elected Leader of Her Majesty’s Opposition has a teeny hint of ‘military coup’ about it.

What to do instead: Use an uncontroversial image for target practise, such as the reviled Crazy Frog or Piers Morgan.

Look out for tell-tale signs that your initiation rituals are going too far. These include:

* You have beaten your new colleague unconscious;

* They are reluctant to drink the 20th pint of urine and bleach;

What to do instead: Maybe just make them sit in a bath of cold beans or something? Or wedgies? Wedgies are fine.

Appearing in selfies with ‘Tommy Robinson’

‘Tommy Robinson’ may be a celebrity of sorts, but having your picture taken with him has connotations of right-wing extremism, Islamophobia and being mates with total bellends.

What to do instead: Stick to mainstream celebrities. They’re so desperate for a bit of populist publicity you could probably get Myleene Klass, Carol Vorderman and everyone off The X-Factor to turn up at your barracks within an hour of putting a request on Facebook.

If it wasn’t for armed forces benefit gigs keeping his career semi-alive, the comedy of Jim Davidson would be a dim and distant memory, so thanks a lot for that, British Army.

What to do instead: Try other comedians. They may not ultimately be to your taste, but who wouldn’t be fascinated to see Stewart Lee performing in front of 800 squaddies in an aircraft hangar? 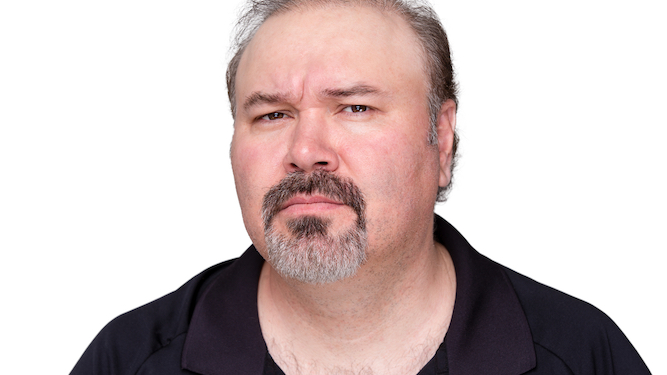 A MIDDLE-AGED man is, for reasons best known to himself, pretending not to be familiar with much of the modern world.

Tom Logan, aged 45, has recently claimed to be bewildered by everything from well-established technology to foods that has been a staple of the British diet for years.

Son Archie, aged 19, said: “The other day I bought gig tickets on my phone. Dad acted like I’d activated my teleportation bracelets for a weekend break on Mars.

“He’ll say ‘Too complicated for me, I’ll stick with driving to the shops’ when I order off Ocado, and if I make a Thai curry he’ll stare at it as if I’m stirring a pot of magic stew that will give him the powers of a genie.

“We were the first family in the street to have a DVD player, but now he’s cosplaying as some traditional English chap bamboozled by being thrust into this future world. And it’s fucking me off.”

Tom Logan said: “The modern world is a mystery to me. I can’t begin to understand internet streaming, Uber, chai lattes and the music of Nicki Minaj.

“So it definitely wasn’t me who was watching YouTube clips of Keeley Hawes wanking on Bodyguard. And you can tell your mum.”