BRITAIN is finally safe from the perils of Tony Benn, the Sun has declared.

The tabloid newspapers website ran the simple headline PHEW! following the death of the 88 year-old former MP and anti-war activist, who once dared to suggest that Rupert Murdoch might be a total bastard.

In 1984, following an in-depth investigation lasting almost 30 seconds, the Sun declared Benn to be the most dangerous man in Britain, causing some confusion at the time, given the very obvious existence of the IRA.

According to the newspapers editorial today: It is a new dawn in Britain. Our children can now grow up in safety, knowing their lives will not be utterly destroyed by The Benn.

Declaring victory the paper added: It has been a long struggle – The Benn was devious and cruel – but we have prevailed. Youre welcome.

Jane Thompson, a Sun reader from Stevenage, said: He was so dangerous.

The way he never hounded anybody or hacked a phone. Or the way he opposed rather than encouraged racism and homophobia.

He was basically a rabid wolf let loose in a shopping centre.

Meanwhile, after watching the flood of tributes for the socialist icon, Ed Miliband has asked the Benn family if he can have the pipe.

All London properties to become timeshares 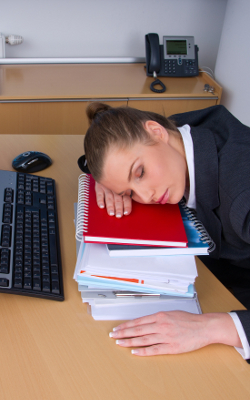 EVERY residential property and office in London is to become a work-residential timeshare.

Open-plan offices will become mixed-use dorms for manual workers at night and flats left empty during the day will be used as bases for tech start-ups.

Boris Johnson said: “It is an unconscionable scandal that perfectly pleasant flats are sitting unoccupied for 12 hours a day while their owners are at work.

Henceforth residents will be required to clock in and out of their homes and occupancy will be managed by a big rota on the kitchen wall, like in a student house.”

Dalston resident Eleanor Shaw said: I dont mind the fella who comes in and does his Powerpoints during the day. He always puts milk in the fridge, tidies up after himself and hes nice to the cat.

But when I have to work late I overlap with the family who live in my design studio at night, and its hell hitting deadlines behind a couple watching a West Wing box-set and arguing about who forgot to soak the mung beans.

Johnson continued: We are one step closer to my dream of a London where every square foot is monetised, every single minute of the day.

“Rich foreigners can continue to own as many empty homes as they like because this is their city. We are merely its custodians.”