This all your fault

THE screaming chaos presently engulfing the UK is entirely down to you, experts have confirmed.

The result of the EU referendum, the collapse of sterling and the UK’s downgraded credit rating are all a direct result of your stupid actions, and you should now be made to face the consequences.

Professor Henry Brubaker, of the Institute of Studies, said: “When historians look back at this absolute shitfest, they will unanimously agree that the responsibility lies with you and you alone. Assuming there are any historians left in the smoking ruins that now await us.

“If you had taken five fucking minutes to inform yourself about the issues and their repercussions, we wouldn’t be here today, staring into the abyss and longing for the sweet release of death.

“Anyway you’re probably too thick to realise just what you did.”

Professor Brubaker confirmed that if he were in your shoes he would be spending the rest of his miserable life prostrated on the ground apologising.

He added: “On the bright side, you are now a national hero in Iceland.”

Man who went to Glastonbury robbed of smug return to work 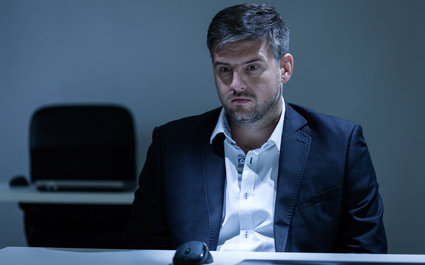 A MAN hoping to boast about how Glastonbury Festival changed his life has found that people simply could not give a shit.

Tom Logan, 31, from Nuneaton, spent months planning the self-satisfied comments he would make about how blissed out he now feels, but was disappointed to discover that his colleagues hadn’t even noticed his absence due to the country imploding.

Logan said: “The best bit about Glastonbury is usually when I’m safely ensconced behind my desk again, pretending I had this incredible life altering experience, rather than a short holiday on a wet farm.

“Sometimes I just pretend to zone out for ages and when someone asks me if I’m ok, I look wistful and say I was remembering a really deeply connected moment I had in the healing fields.

“And later I’ll jig my knees up and down repeatedly until Carole asks me to stop and I chuckle ruefully and say I must still be a little bit high from what I took in the dance tent.

“But this year: nothing. I suffered through Adele bellowing Skyfall like a wounded donkey so I could vividly describe the emotionally-charged singalong moment and no one even cares. Thanks Boris.”