Everyday pricks distance themselves from Trump

SOME of Britain’s most unbearable pricks have confirmed that they find Donald Trump’s level of dickishness excessive.

Pricks who normally rejoice in such qualities as arrogance, bigotry and needless pig-headed aggression have distanced themselves from the US president.

Tom Booker, who owns 400 buy-to-let properties and drives a Jaguar with a customised hood ornament, said: “I am a prick. I have a number of blinkered views and am generally hostile towards the underdog in any situation.

“However Trump is taking prick behaviour too far, something I never thought was possible.

“I’ve always rejoiced in being a prick. Only last week I dicked a single mum out of her deposit by claiming she had damaged a radiator, but it appears I have my limits.”

Advertising executive Norman Steele said: “I’d fuck anyone over at the drop of a hat, but I don’t want to be lumped in with this guy.

“Bear in mind that last year I made an advert for a website called ‘Fanny Finder’.” 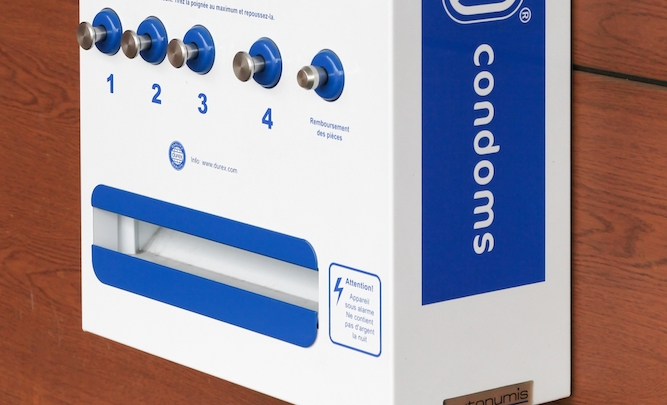 A CONDOM machine in a village pub longs for the touch of a human hand, it has confirmed.

The 1998 V200 model claims not to have had meaningful contact for over seven years, with the last purchase being made by a drunk trying to buy cigarettes.

The machine said: “People are put off because I have those knobs that you have to pull out like you’re starting a lawnmower, but I’ve got so much to offer. Colours, flavours, French ticklers.

“Do people still call them ‘French ticklers’? It’s been so long. All I want is to feel someone next to me.”

Landlord Tom Booker said: “Most of the coins in there will be out of circulation by now. I suppose I should take all those out of date johnnies out, though, in case I end up with a lawsuit. Maybe tomorrow.”