‘Trojan Horse’ schools were teaching To Kill a Mockingbird

THE Birmingham schools accused of teaching Islamic extremism had To Kill a Mockingbird on their syllabus, OFSTED has revealed.

The ‘Trojan Horse’ schools are suspected of educating pupils about historical white racism, that the value of a person is not determined by the colour of their skin, and that creepy shut-in types are not necessarily paedophiles.

A spokesman for the Department of Education said: “The hero of this book is a man who stands in court arguing justice is more important than what his community wants.

“So, you know, one of those self-important human rights lawyers who never joins in the fun when the town gets together for a Friday night barbecue and lynching party.

“And it treats a prolonged economic depression like it’s a bad thing rather than an opportunity to rethink your career, live more efficiently and vote Conservative.”

The schools insist the books are part of a balanced curriculum, though they admit there has been a 2,000 per cent increase in pupils claiming they ‘can’t do PE because they’ve got withered arms’.

Pupil Maliq Masood said: “I quite liked it. It was a nice change of pace after a double period of jihad maths.” 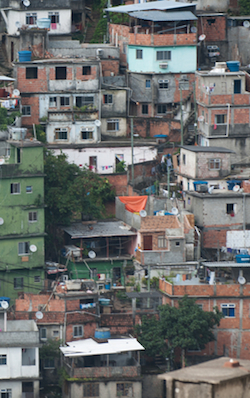 MANY of Brazils World Cup stadiums are still rife with poverty, stray dogs and ruthless street gangs, it has emerged.

With just days to go before the tournament begins, an investigation has revealed a shocking gulf between the affluent corporate boxes and the impoverished terraces that surround them.

Nearly half the World Cup pitches are yet to remove their feral dogs, while the Arena de Saõ Paulo, which will host the opening match on Thursday, has been the site of running battles between drug cartels and the police which have claimed the lives of hundreds of supporters.

But look, these drugs arent going to deal themselves.

Professor Henry Brubaker, of the Institute for Studies, said: The World Cup organising committee wants everyone to see images of shiny, modern stadiums full of ladies wearing nothing but feathers doing a jiggly dance when their team scores.

But look past the jiggling and you will see a stadium scarred by inequality, corruption and violence. Assuming the stadium has actually been finished.

Meanwhile, the UK government has advised England fans travelling to Brazil to stay away from any matches involving England if they want to avoid crushing disappointment.