BRITAIN’S favourite TV chefs are trying to kill you.

According to scientists the chefs are gradually dosing millions of Britons with small amounts of arsenic and polonium and expect to reach critical mass sometime next year.

Martin Bishop, a Nigel Slater fan from Stevenage, said: “Took me ages to find polonium for the Italian roast lamb recipe. At first I thought he meant polenta so I emailed him via the website and he got back straight away, saying ‘I meant polonium – get some immediately’. He was very businesslike about it.”

Bill McKay, professor of food conspiracy at Roehampton University, said: “It seems they want to kill as many people as possible and then buy up all the houses and land.

“The country will then be divided into about a dozen independent states, each owned and run by a TV chef.

“They will keep just enough people alive to work in the fields and do all the boring prep-work in the kitchens.”

McKay said Fearnley-Whittingstall had made the most progress with his River Cottage empire and his vast tracts of Dorset.

He added: “If the camera panned back any further on River Cottage you would see the barracks.”

A spokesman for the British Supermarkets Association said the research was a ‘damning indictment of TV chefery’, adding: “We’re only trying to kill poor people so we can all have nice, middle class customers like Waitrose.” 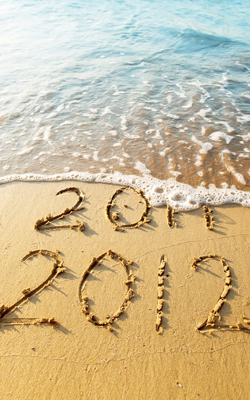 THE human race has told 2012 to piss off two weeks early.

The last 352 days have been so consistently awful that the highlight has somehow managed to be hundreds of show-offs poncing about London without being attacked by stray dogs.

Wayne Hayes, a Carlisle taxi driver, said: “It started on January 1st with a massive headache and the discovery that somebody had shat in my bed.

“After that it got worse, then it got a bit better and then it got really, really horrible. But at least Andy Murray has made more money than last year.”

Emma Bradford, from Hatfield, said: “The highlight for me was standing next to the Thames in the pissing rain as a rich old woman floated past me on a barge.

“After losing my job as a librarian and being told by Cash Converters that the diamonds on my engagement ring were fake, her thin smile and general look of boredom cheered me up no end.”

Tom Logan, from Finsbury Park, said: “As a sport-hating republican my highlight has been the tsunami of increasingly fucked-up Jimmy Savile revelations.

“The only way it can be rebalanced is if 2013 reveals Bernard Manning to have been the secret founder of Oxfam.”

Across the globe Palestinians fired their guns at calendars, while North Koreans told each other how ‘delightful’ it has been to have another fat little maniac in charge. And in America voters remembered how enthusiastically they voted for the man who was not Mitt Romney.

Back in the UK a petition has been launched calling for 2013 to be drier, less sordid, less sport-ridden and – for the love of God – just a little bit cheaper.

Logan added: “2012 – a great year for British people who get paid to ride bicycles.”