UMBRELLA users have announced that everyone else must get out of their way.

The wet weather is causing umbrella owners to block pavements and endanger eyes with their cumbersome rain canopies, then make a huge fuss about ‘shaking it out’.

Office manager Martin Bishop said: “When my umbrella is deployed it’s clearly a signal for other pedestrians to move aside, by leaping into traffic if necessary.

“Umbrellas give you certain rights above other citizens, such as being allowed to barge into them and poke them in the face, which would be assault if you did it with a stick.

“At your destination you are obliged to cause a massive palaver as you frantically ‘shake out’ your umbrella as though you’re pleasuring a giant wire-and-nylon bat.

“Umbrella users are also entitled to leave them to dry in inconvenient places, such as office corridors or someone’s desk full of paperwork.”

Sales executive Donna Sheridan said: “I favour a stupidly large green-and-white golfing umbrella which I insist on using in even the tiniest amount of rain, as if it’s acid and I might melt.

“But people can be so rude. Today I poked someone in the face and he didn’t even apologise for getting his skin cells on my lovely brolly.”

Northerner thinks everyone not from North is posh 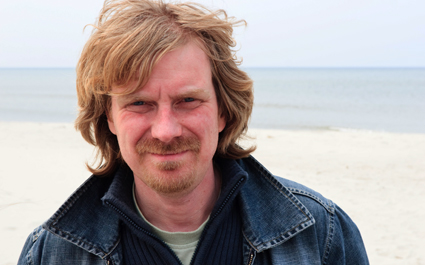 A NORTHERNER is convinced that everyone from Southern England is upper class.

39-year-old Liverpudlian Roy Hobbs refers to one of his workmates as ‘posh boy’ because he is from Bristol.

Hobbs said: “I like him but he has that fancy West Country accent, a bit like that public school band The Wurzels.

“I’ve never been to Bristol but I understand it’s like a massive version of Downton Abbey, where everyone rides around in horse-drawn carriages doffing their caps at ladies.

“Swindon is like that too. And Portsmouth, that’s a very lah-di-dah sort of place.”

Although his colleagues think he is joking, Hobbs is deadly serious when he claims that nobody from the South has even eaten a pie or had a fight.

Workmate Wayne Hayes said: “I like Roy but he needs to stop judging people based upon their geographical location within a relatively small island. I went to Chippenham once and it was way more scary than Carlisle, we got chased by a man with a shovel.”

He added: “Last week Roy brought a ferret to work just to be ‘more Northern’ but it bit him on the thigh and he had to have a tetanus jab.”