TRANSPORT unions have been forced into a tactical rethink after it emerged a four year-old male chimpanzee is working on the Bakerloo line.

Bok-Bok, originally from Sierra Leone but currently based in Ealing, earns a nominal fee of £20 a year which he throws down the toilet.

A London Underground spokesman said: “We had the idea of recruiting chimps after reading that they had 94% human DNA and are capable of empathy and therefore superior to Bob Crow on both counts.

“We trained Bok-Bok using raisins. He was up to speed in about 35 minutes.

He added: “We’re not celebrating yet but we do think Bok-Bok could be game, set and match.”

Transport workers have recently been awarded a 10% bonus for considering turning up for a spot of doing their jobs during the Olympics.

But testicle-headed union boss Bob Crow had been plotting further strike action over the withdrawal of out of date Vimto from staff room vending machines.

He said last night: “Yeah, but can the chimpanzee, you know, help an old lady who has fallen over or something?” 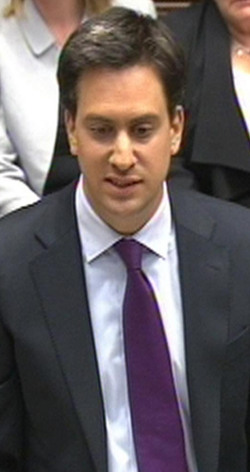 DAVID Cameron has been branded as ‘Flashman’ by a character from a Nick Hornby novel who does not even have a name.

The man, who is mentioned briefly in Hornby’s A Long Way Down, said the prime minister was like the unforgettable character from Tom Brown’s Schooldays who was so interesting and exciting that he eventually inspired a series of immensely enjoyable adventure stories.

Everyone said the man, who gives a reading in a church in North London on page 159, was very clever to compare the prime minister to a rogueish school bully who always gets his own way and is incredibly attractive to women.

The man said: “Look at Flashman sitting there being all handsome next to his muscular friend.

“He is so full of the easy confidence that comes with an expensive education.

“His abundant charm means he can make people do things for him, while his ruthless cunning makes him disgustingly successful at everything he does.”

The man added: “I’ll bet he thinks he is capable of anything and will not let anyone get in his way.

“It’s hardly the stuff of leadership, is it?”

The man then disappeared, though experts suggested he may resurface in a Monica Ali novel, or could even appear as a sad-looking loner who buys a can of Fanta in something dense and meaningful by Ian McEwan.

A Long Way Down, Hornby’s fourth novel, is a thrilling comedy-adventure about the nature of suicide and features an intriguing cast of angst-ridden, left wing professionals who live in North London.

No-one has ever finished it.