A LARGE bell in central London has caused uproar among the usual dicks.

The people who are in charge of the bell said it was old and needed work done to it causing the usual dicks to describe it as a national disgrace while running around and flapping their arms.

One of the media dicks said: “The bell is the most important thing in Britain.”

Some backbench Tory dick added: “If we don’t hear it every hour of every day our society will collapse.”

But Professor Henry Brubaker, of the Institute for Studies, said: “Would you listen to the state of those fucking dicks.

“Do you think they can actually hear themselves? It’s just embarrassing.”

Professor Brubaker also pointed out that it is just a big bell and that non-one gives a fuck. 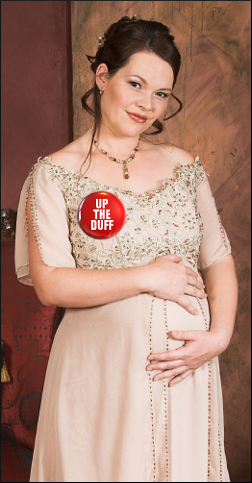 A GROUP of women are being forced to act as ‘maids’ to a power-mad lunatic.

The four females are thought to have entered into the arrangement willingly, unaware of the danger ahead.

Speaking anonymously, one of the group said: “It happened so suddenly. One day she was annoying but reasonably sane. The next she had taken over my entire life. I was enslaved.”

The four women – who have never met before and are struggling to find common ground – are all now the prisoners of a figure known as ‘The Bride’ or occasionally ‘Emma’.

Another of the ‘maids’ added: “We have to attend weekly ‘maid meetings’ to discuss something called a ‘DIY-chic aesthetic’ and become deeply embroiled in her family politics.”

She added: “I’ve spoken to ‘The Mother’ four times this week about the colour peach.

“My only hope is to disguise myself and move to Canada”