ANYONE who does not live in a detached house will be barred from shopping in Waitrose during the coronavirus crisis.

As the pandemic continues to disrupt shopping, the supermarket has introduced restrictions to ensure only ‘their kind of people’ stockpile its overpriced items.

Waitrose & Partners director Denys Finch Hatton said: “Until now we’ve been incredibly generous by letting the riff-raff browse our shelves, fondle our locally-sourced produce and drink from our KeepCups. But desperate times call for desperate measures.

“We’re slamming the door on the hoi polloi who don’t live in standalone domiciles. It’s not like the plebs in their terraced shoeboxes appreciate our vermicelli nests anyway.

“Shoppers will need to present mortgage documents, floor plans and photographs of their home interiors before being allowed to shop. If we don’t like the sound of your postcode we’ll happily turn you away.”

Aspirational semi-detached homeowner Emma Bradford said: “Where am I meant to get my ridiculously expensive lardons from now?”

Mate in London proud he'll be in lockdown before everyone else 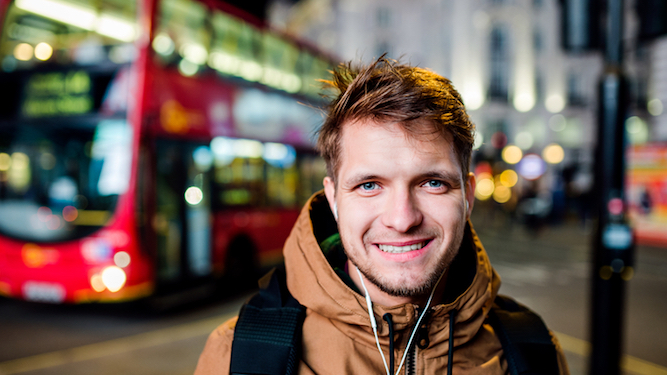 A MATE in London is showing off about being in total lockdown while friends in the provinces are so behind they can still leave their homes.

Joe Turner, who moved to the capital from Leicester in 2008, has already been on the phone to several old friends boasting about how empty the streets are before casually adding “I suppose it’s bustling there?”.

Turner continued: “Yeah, full lockdown. They say it’ll be for weeks. Probably by the time you’re in lockdown we’ll have finished it.

“And knowing what Londoners are like for obeying rules, they’ll have the army out to enforce it. I’ll be able to see the tanks rolling past from my balcony. Totally Instagrammable.

“We’ll be fine down here, we’ve got that Blitz spirit. The eyes of the world will be on us. My mate Jaz is doing a pretty harsh lo-fi beats DJ session from his balcony, and of course we can get weed delivered.

“You’ll all be doing this stuff eventually, that’s how it works, but London’s first obviously. Showing you how it’s done. As usual.”

Friend Tom Booker said: “Joe went to St Pancras desperate for a train home but they were all full. His mum told me.”